From Little Mombo we took one last small plane to Maun.  Maun has only about 50,000 people living in it, but it has the busiest airport in Africa in terms of total flights per day because of all the little bush planes that come and go.  From Maun we took an honest-to-goodness twin turboprop to Gabarone, the capital of Botswana, and from there we were driven across the border to South Africa and the Madikwe game reserve.  We stayed at the Mateya Safari Lodge.  I won't put up and photos of it because the web site does a pretty good job of showing what the place looks like.  Mateya is interesting in that it has a maximum capacity of only ten people, and while we were there there were only six including the two of us.  It was originally built by a wealthy Atlanta socialite name Susan White Mathis as a private residence, but was opened to the public when the staff complained that they had nothing to do between her visits.  It was opulent, but also a bit eerie.  In the afternoons there was often no one around, not even staff.

(Another odd feature, which I later learned is common in South Africa, was that the floor of the shower was not flat but rather deeply concave.  It made the water drain effectively, but it felt weird, kind of like taking a shower in a giant soup bowl.)

The game drives were all accented with a melancholy note by this memorial to poached rhinos, which was on the road leading to Mateya, so we were constantly driving by it: 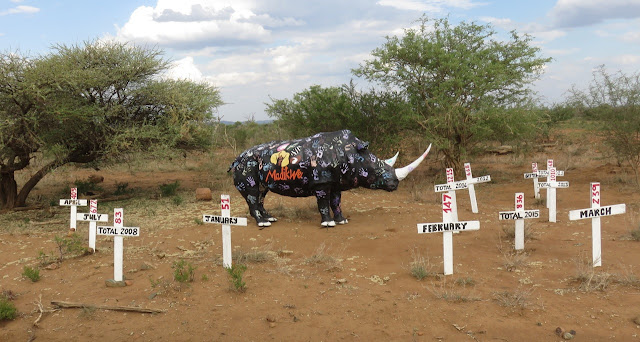 Nonetheless, we did see quite a few rhinos.

And a brown hyena: 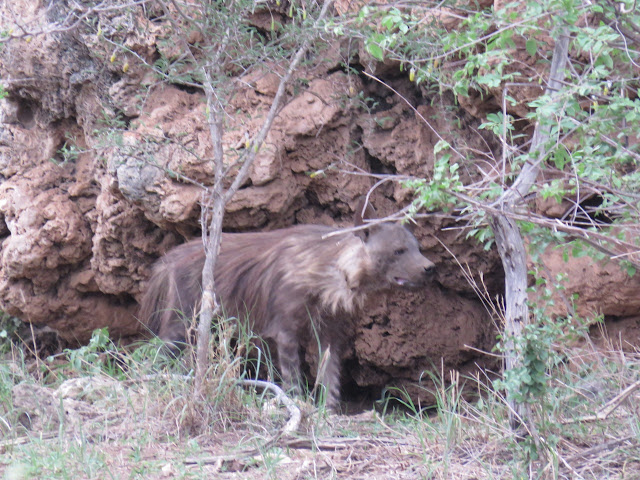 This was one of only two pictures I got of him.  They are both rare and shy, so it's very hard to get good pictures of them.  To make up for it, there were a lot of other critters that posed for us, like this jackal: 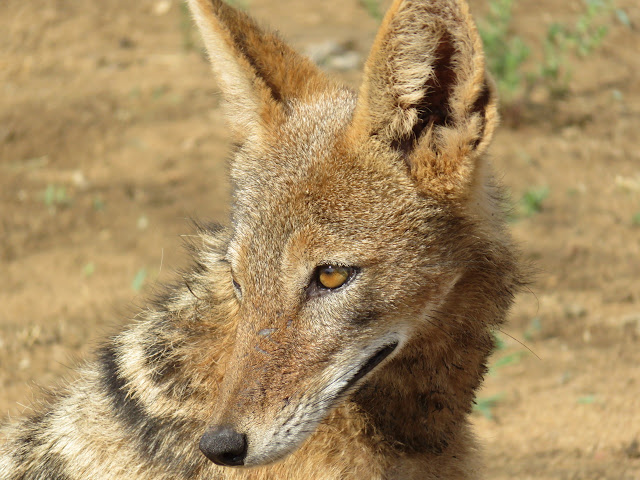 This lion was walking down the runway at the airport just as the sun was rising: 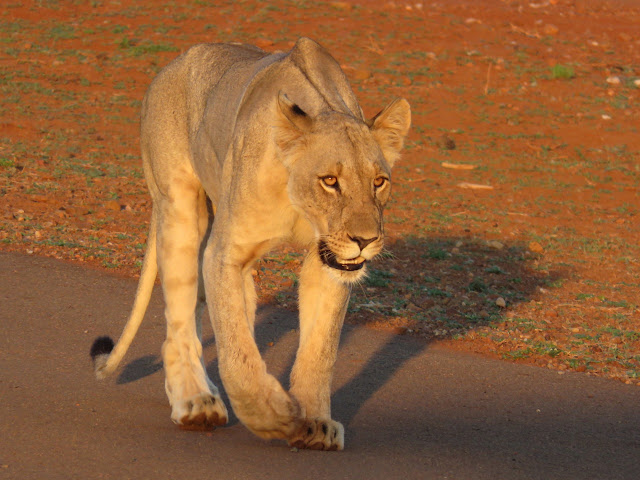 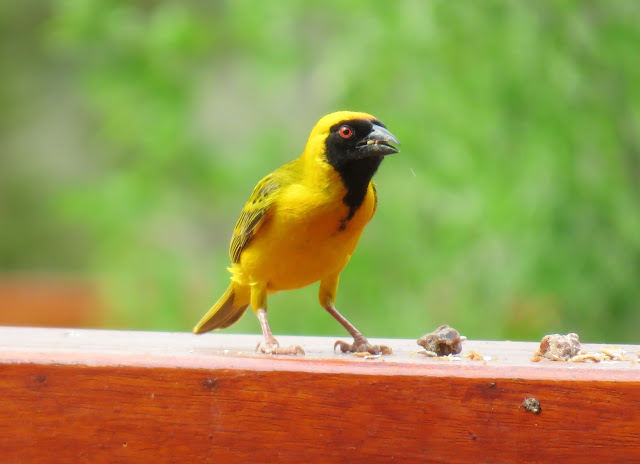 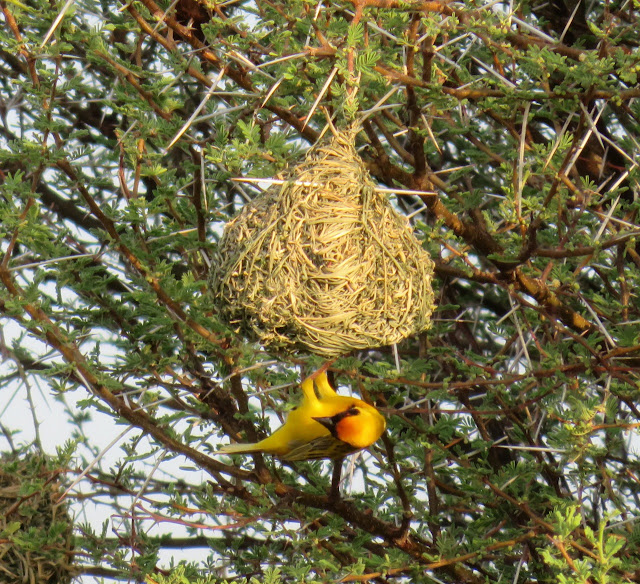 A scarlet breasted shrike, considered by one of our fellow guests to be the most beautiful bird in the world (though I'm not sure I'd go that far): 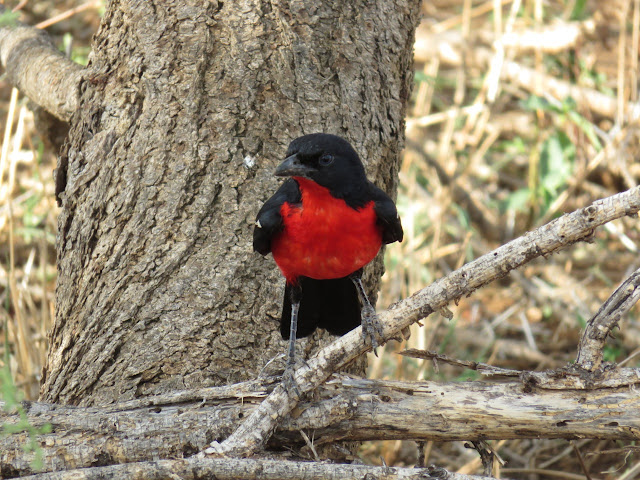 Even the insects were beautiful. 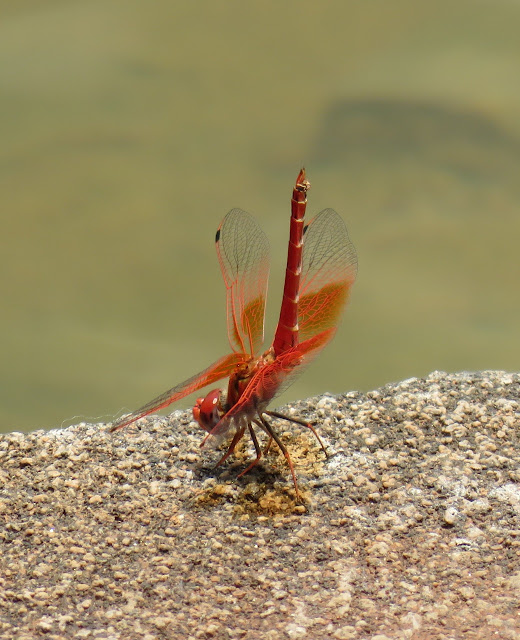 We found a fresh lion kill: 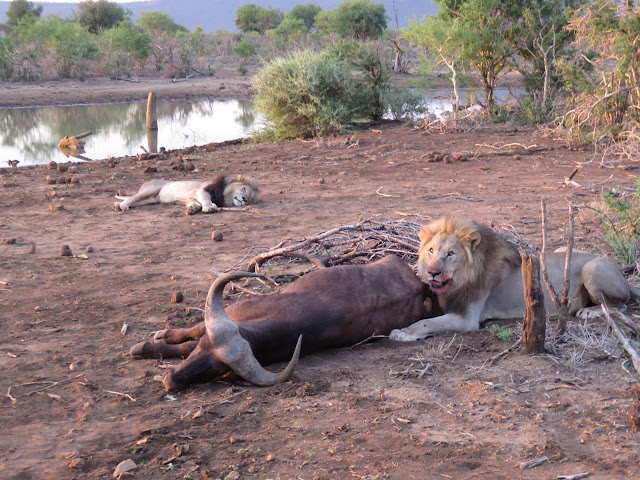 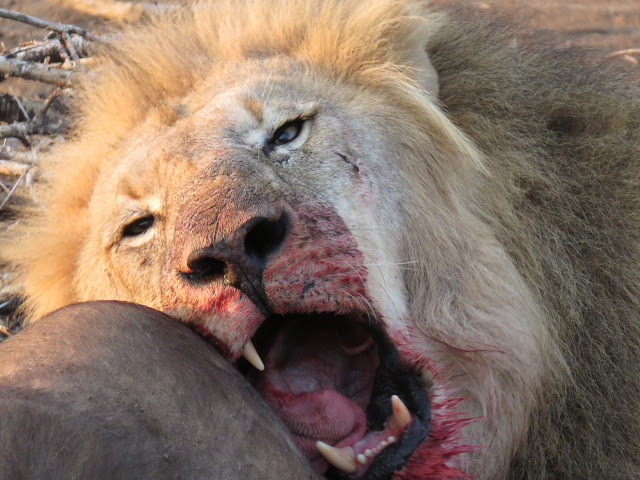 And a not-so-fresh one: 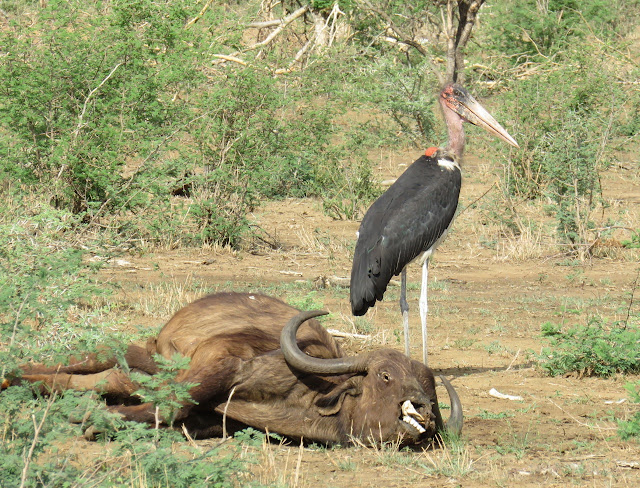 And just because I don't want to round out the wildlife portion of this travelogue on a morbid note, here are some elephants playing in the water. 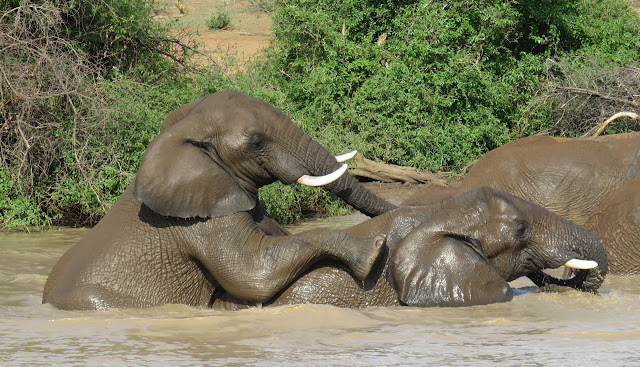 And what the heck, I'll throw in a baby impala. 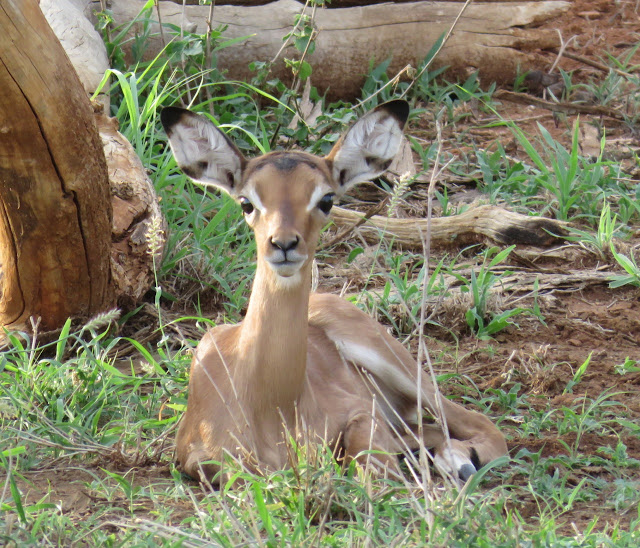 You may have mentioned this in a blog somewhere, but - what's your camera gear? Those are nice photos. I am just learning photography with very modest equipment; birds are my favourite but need a bigger telephoto lens.

Thanks! I took nearly all the photos on this trip with a Canon SX700HS. It's an amazing camera for its price and size. I have a Panasonic DMC-GX1 micro-4/3 DSLR but I didn't bring it because the photos it takes are not noticeably better than the Canon.

The few photos that weren't taken with the Canon were taken with an iPhone 4S. Those are mainly aerial shots where I forgot to Take the Canon out of my bag before boarding the plane.