Little Vumbura (pronounced voom-bra, not voom-boo-rah) is on a island in the middle of one the permanent channels of the Okavango, so the only way to get there is by boat. 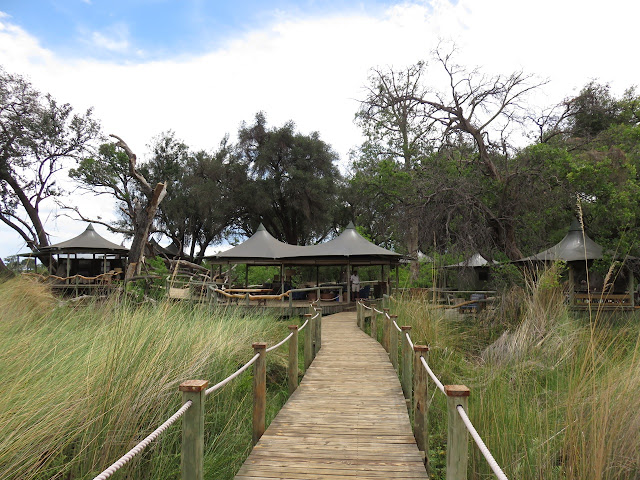 It was very nice, but the physical plant needed a little bit of TLC.  Our tent had a large rip in the rain fly, and the flaps that covered the windows were held in place by velcro, which had started to wear out.  It didn't take a lot of wind to blow the flaps open, and as they were attached at the bottom of the window, once they blew open they stayed open.  Fortunately, we were home during the storm so we could keep closing them up again.  If we hadn't been there, we probably would have been washed out like we were at Duma Tau.

The wind was strong enough to blow over a tree, which landed on the boardwalk: 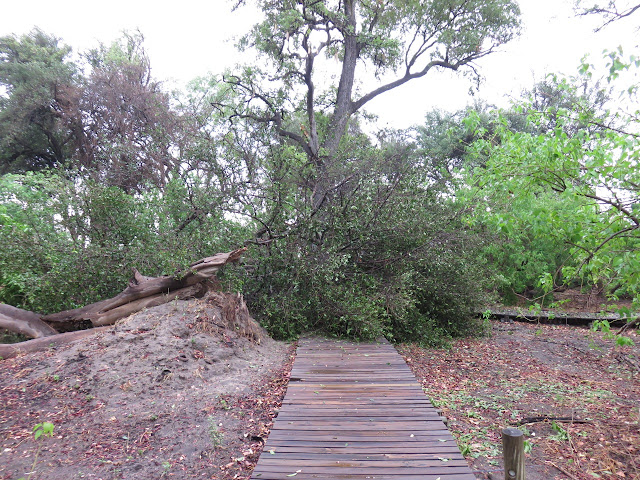 After the rain the termites and midges began to swarm.  The termites in particular are attracted to light, which made it challenging to eat dinner.  The termites don't bite or anything, but it is a little disconcerting to have them flying around your head and landing in your food.

The next day, this was the aftermath: 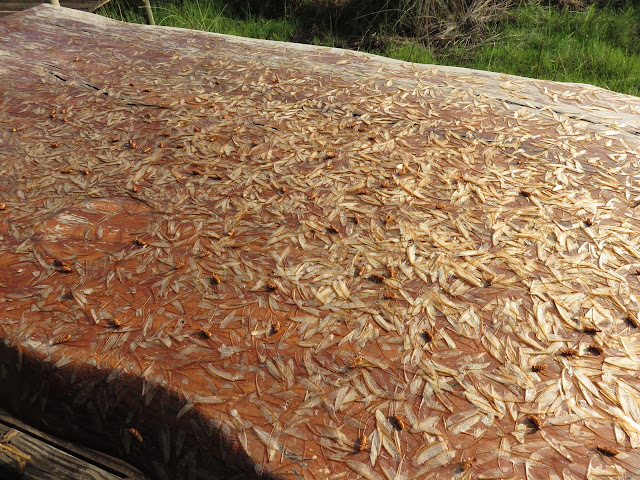 Those are termite wings covering the table.

We also had some bees.  They didn't bother us, but they did want their honey back: 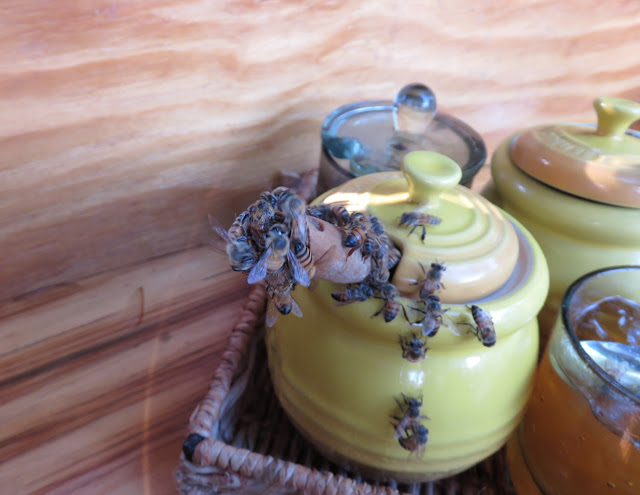 And of course we saw a lot of critters. 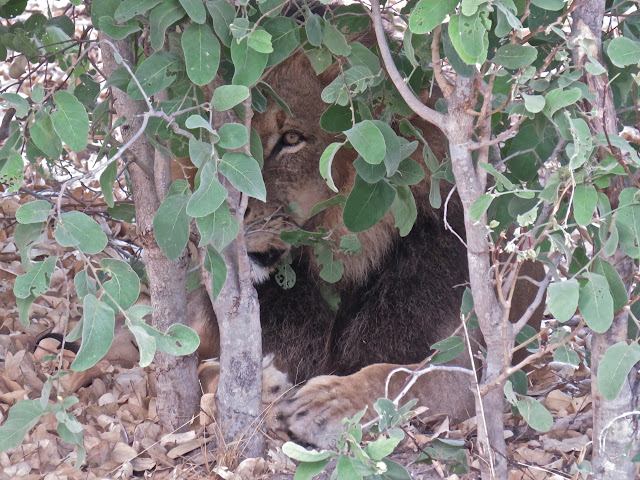 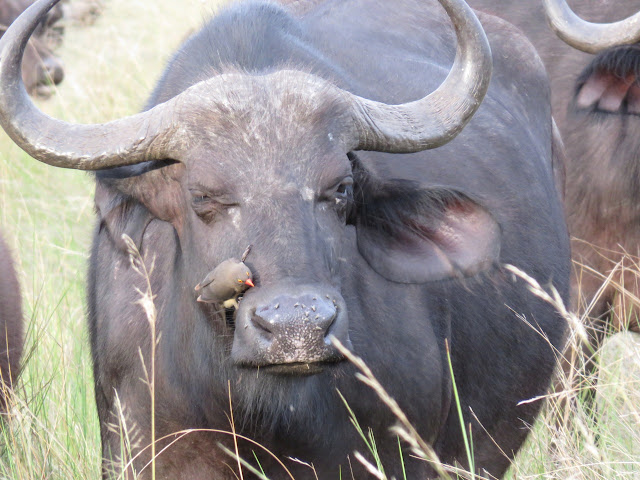 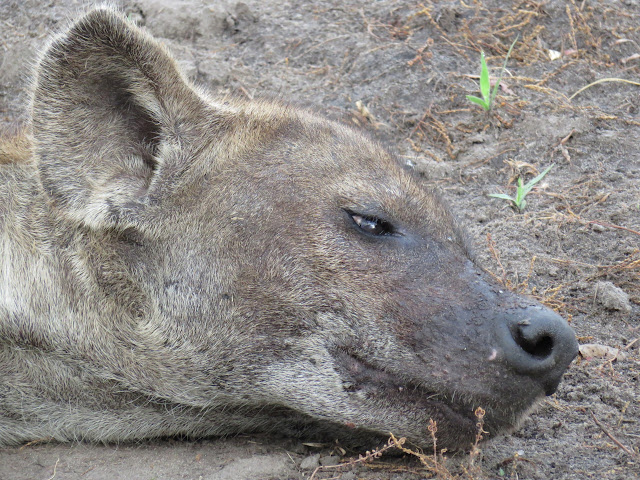 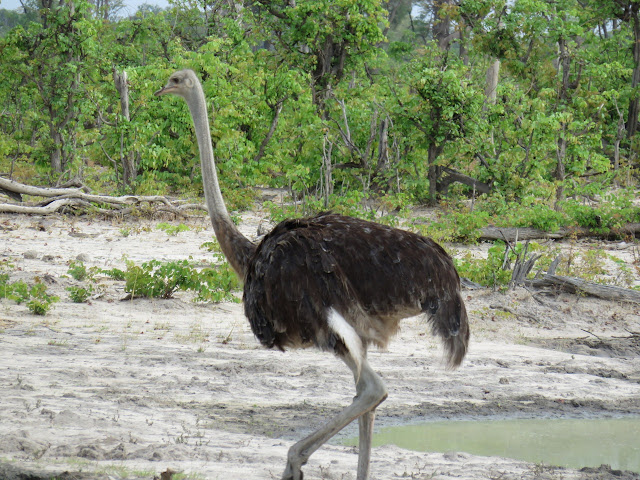 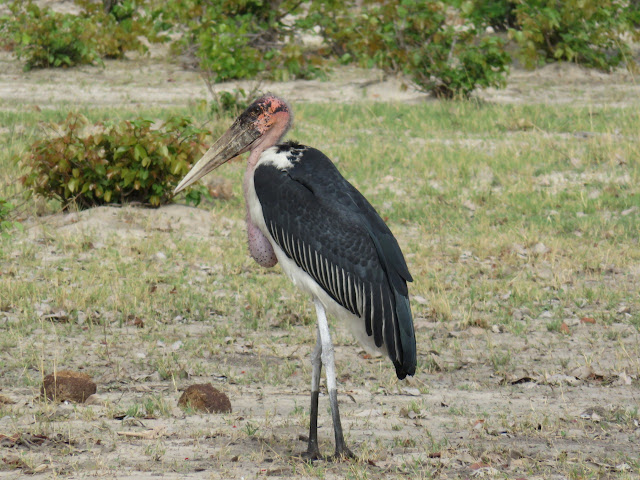 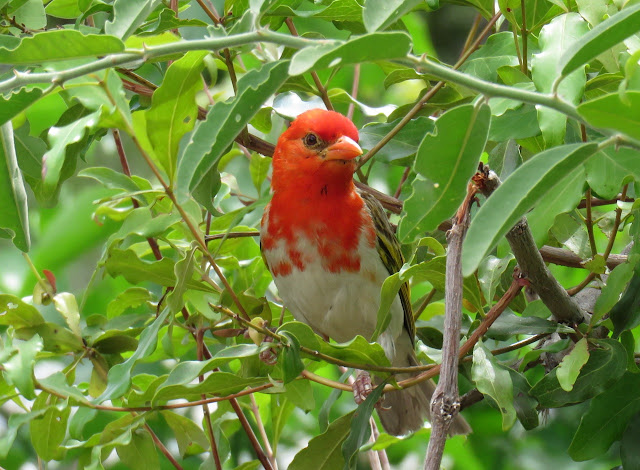 I have a BBC dvd on Okavango Delta. I watch that and other David Attenborough stuff about once a year. The only videos I have than never grow old.