The coolest thing ever 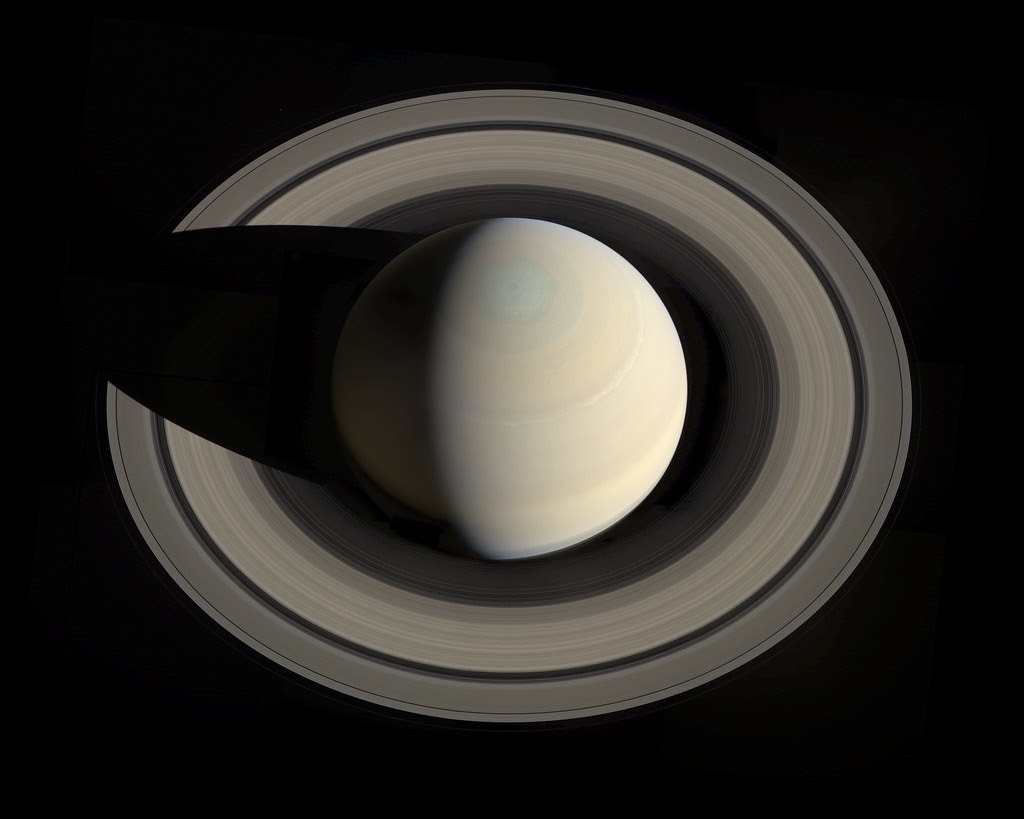 If this doesn't blow your mind, nothing will:


[N]ote how you can faintly see the dark side of Saturn, to the left. The clouds on that side of the planet are not being lit by the Sun, but by the reflected light from the rings themselves! In the same way our own Moon can be bright enough to read by, Saturn's rings illuminate its night. Imagine: Saturn, by ringshine.

Go check out the high-resolution original.

More from the hypocrisy files

The Ramblings have been quiet lately because I'm working on a new startup which is taking up most of my time nowadays.  But I could not let the time pass without noting that Republican hypocrisy is in full flower during the government shutdown.  My three favorite examples:

North Carolina Republican Congresswoman Renee Elmers said in an interview with a local ABC television affiliate,  "I need my paycheck. That is the bottom line."

Texas Republican Congressman Randy Neugebauer told a U.S. National Park ranger that "The Park Service should be ashamed of themselves" -- not for violating the law and allowing World War II veterans into the nominally closed World War II Memorial, but for obeying the law and keeping everyone else out.

And my absolute favorite: Indiana Republican Congressman Marlin Stutzman, in a mind-boggling display of candor, said, "We’re not going to be disrespected. We have to get something out of this. And I don’t know what that even is.”  [Emphasis added.]

So the Republican position is, essentially, this: notwithstanding that Obamacare is the law of the land, duly passed by Congress, signed by the president, and ruled constitutional by the Supreme Court, the provision of health insurance to the people presents such a clear and present danger to the United States of America that it must be stopped by any means necessary.  We cannot even afford to wait for the next election to roll back this law, it has to be done right now.  They don't have the votes to repeal the law through the normal democratic process, so the only option they have at their disposal is to use their power to obstruct in order to inflict as much economic pain as possible on as many innocent people as possible for as long as possible in the hopes that the majority will capitulate to their demands.

However, Republicans are not going to share in the sacrifice.  Oh no.  While they are willing to make you go without your paycheck, Renee Chalmers isn't willing to go without hers because, well, she needs it.  The lack of empathy is staggering, bordering on sociopathy.

More than that, they are not even willing to stand up proudly and take credit for fighting the good fight.  Marlin Stutzman tries to fob off responsibility for the pain he is causing onto a park ranger for crying out loud!  (One has to wonder if he would have been so brazen about it if the ranger had been a man instead of a woman.)  No, they are slinking into the shadows and trying to blame the democrats, the park service, anyone except themselves.

And then, to top it off, they actually admit that they are wrong, that they know they're wrong, and that they've lost/  But they are going to keep tightening the screws anyway until they are allowed to salvage something from the train wreck they have caused.  What do they want to salvage?  They don't even know!  But it has to be something.

Finally, let us not lose sight of what this fight is about: it's about health care.  And it's about conducting an experiment.  The Republicans are desperate, not just to repeal Obamacare, but to repeal it right now, before the next election, before it has had a chance to go into effect.  Why the urgency?  Can fifteen months of Obamacare really cause that much more damage to the country than a government shutdown or (shudder) a debt default (because that fight is heading down the pike)?

Of course not.  The Republican nightmare scenario is not that Obamacare will fail, but that it will succeed, that people will realize that they like having affordable health insurance that can't be denied because of pre-existing conditions, that they like not having to worry about going bankrupt because of an unexpected medical contingency, like the rest of the civilized world.

So the bottom line is that Republicans are using their power to inflict as much pain as they can on innocent civilians in order to stop a law that even they think will probably make people's lives better.  Other than the fact that the pain is inflicted through laws rather than with guns and bombs, I don't see much to distinguish what the Republicans are doing from garden-variety terrorism.