The built-in openssl is version 0.9.8-something-or-other, which is pretty badly out of date.  Today I tried to upgrade that to 1.0.1.  When I did, my laptop suddenly became very, very unhappy.  Mail stopped working.  Safari stopped working.

OK, no problem, I thought, I'll just fire up Time Machine and revert the changes.

Except that Time Machine wasn't working either!  Not only was it not working, it was not working in a particularly nasty way: I could get in to Time Machine, but it didn't actually work.  And once I was in, I couldn't get out.  The only way to escape was to power down my machine.

Then it wouldn't reboot.  I nearly had a heart attack.

I had to boot from the recovery partition and revert the changes from a SuperDuper snapshot I had taken a few weeks before (thank God I had that!)

I had no idea that openssl was woven so deeply into the fabric of OS X that changing it makes the machine unbootable.  In fact, even now I cannot think what mechanism could cause booting to fail.  It didn't even cause a kernel panic, it just never got past the power-up spinner.

It's shocking, but hardly surprising.  After promising to torture everyone in sight when he becomes president, Donald Trump asked a crowd in Orlando to raise their right hands and swear allegiance to him.  And they did. 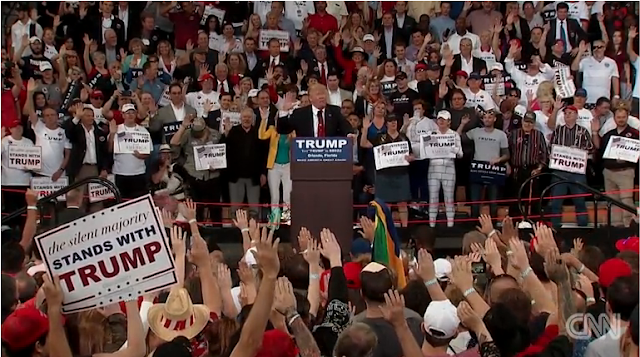 God help us if he actually wins the election.

This has to be the coolest musical instrument ever made.  It's a hand-made wooden machine that would make Rube Goldberg proud.  It runs on a hand crank and 2000 marbles.  Best of all, it makes beautiful music, a real joy to both listen to and watch.  Check out the video at the bottom of the page! 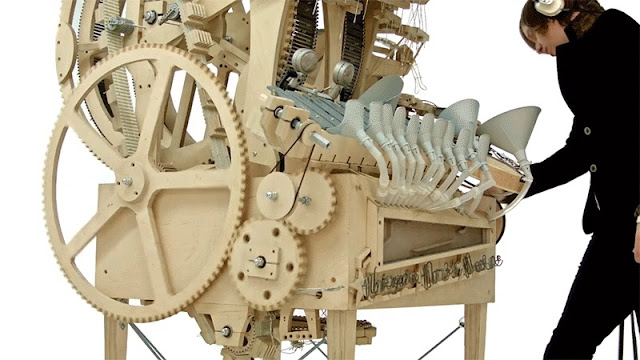