The Galapagos are rightly famous for their wildlife, but I found the geology to be just as fascinating as the fauna.  The islands are formed by a volcanic hotspot, much like Hawaii, but the Galapagos are generally younger, so the evidence for ongoing geological processes is easier to see.  For example: 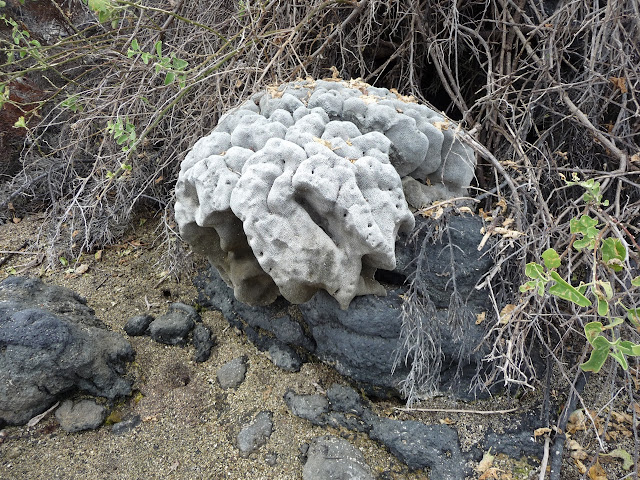 The white "rock" is actually a piece of coral.  Unusually for coral, it's several hundred yards from the nearest water.  You might want to see if you can figure out how it got here before reading on.

The reason there is coral here on dry land is that it wasn't always dry land.  This part of the island was once underwater.  It was pushed up above sea level by a volcanic uplift event.  A big pool of magma formed under the ocean floor and literally pushed the whole earth's crust up by several meters, taking several acres of ocean floor with it. 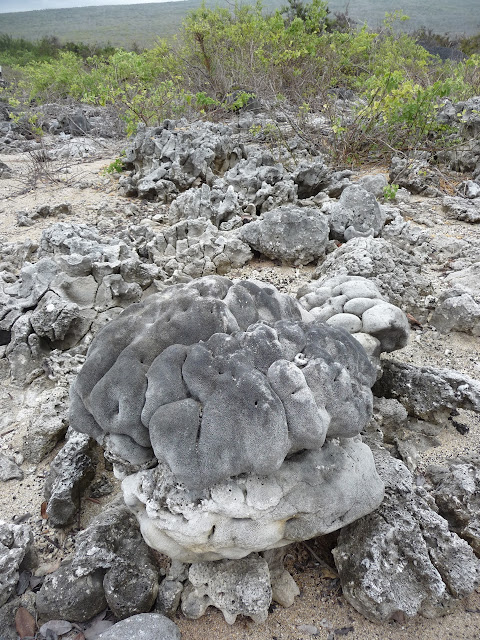 This particular uplift even happened very recently, in 1954.  The results are even more dramatic in areas that were not underwater to begin with: 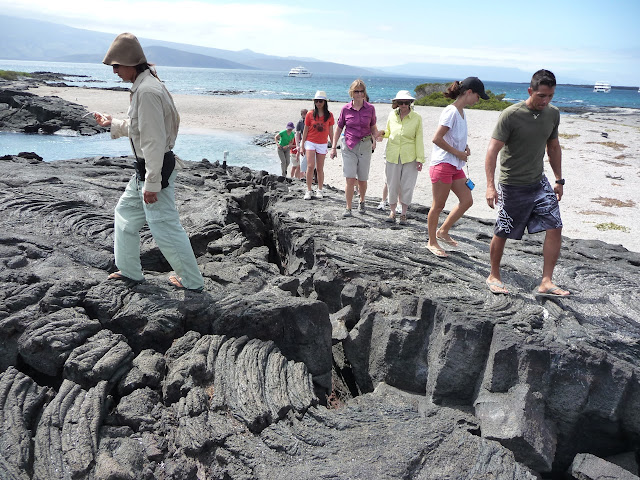 That's a pahoehoe lava flow.  Before the uplift event it was solid, and more or less level.  The cracks go down about ten feet or so in places.