I'm going to get lazy here and just quote Wikipedia:

The largest town, Sao Tome, sits almost walking distance from the equator (0.3 degrees north).  In other words, Sao Tome has all the makings of a tropical paradise.

Alas, Sao Tome is also one of of the poorest countries in the world, not in terms of GDP per capita (it ranks around 150 by that measure).  But with a total population of less than 200,000 people, its nominal GDP is one of the lowest in the world, about $338 million per year.  To put that number in perspective, if Bill Gates were to put his net worth in a savings account at 1% interest he would make more money than the total GDP of Sao Tome.

So while the place has some nice curb appeal... 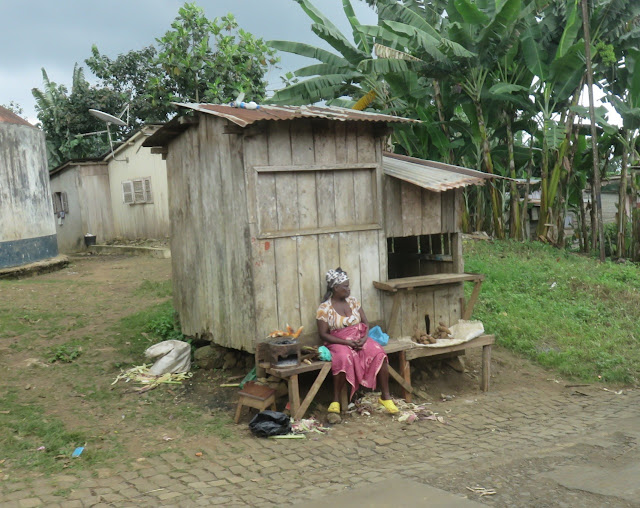 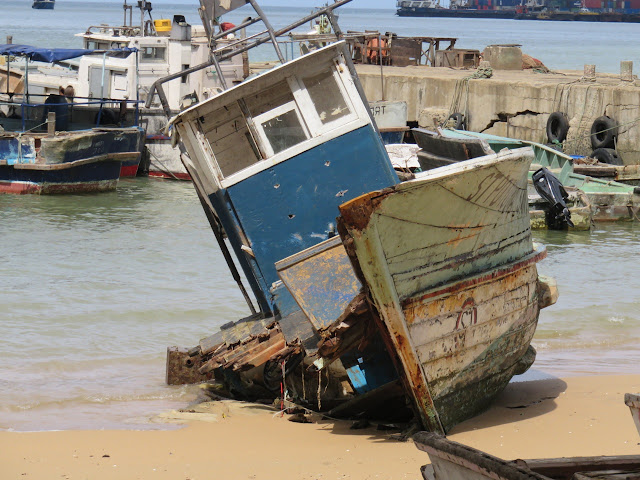 The market is one of the most depressing I have ever seen.  It was so bad that I couldn't even bring myself to take photos of the worst of it.  Here's my best shot: 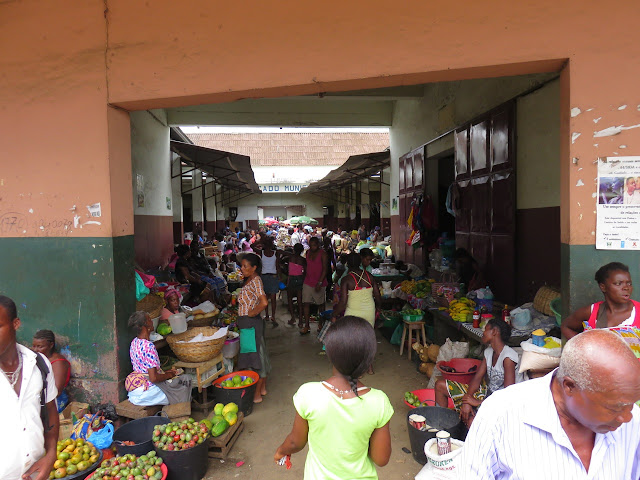 You can't really tell from here, but just about the only product on offer is mangos and limes.  Some of the merchants sitting out on the sidewalk (and I do mean sitting on the sidewalk) had a total stock of a dozen limes or so.  Even the stray dogs were starving. We tried to find something to buy that we could feed them (because Nancy can't stand to see animals suffering) but the only protein of any sort that we could find was this fellow selling squid out on the street: 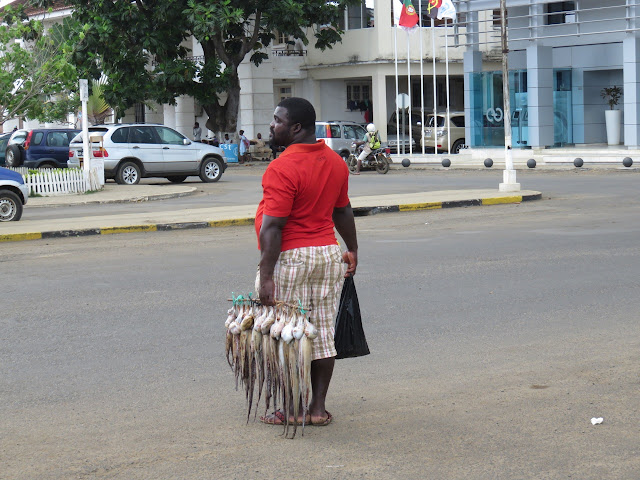 At least, we think he was selling them.  He was actually a couple of blocks away from the main market, and in the half hour or so that we were hanging out in this part of town we didn't see him make a single sale.  So maybe he was just waiting for a ride.  I have no idea.

Still, there were some hints of real ingenuity and entrepreneurial spirit, like the vehicle that this guy was using to get around: 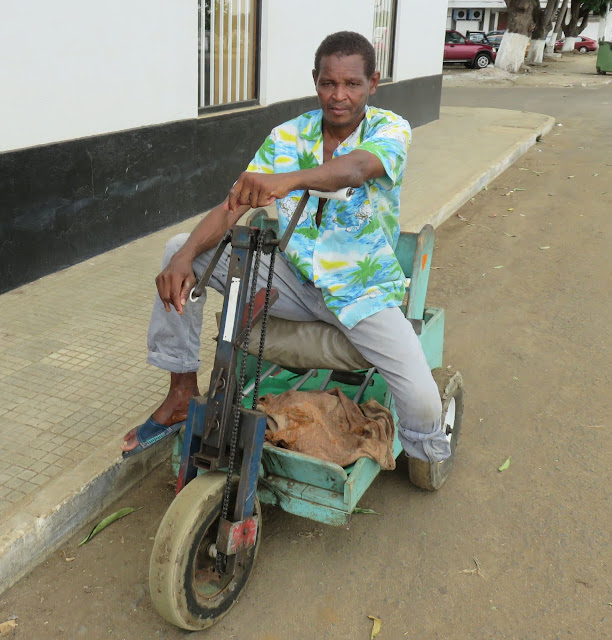 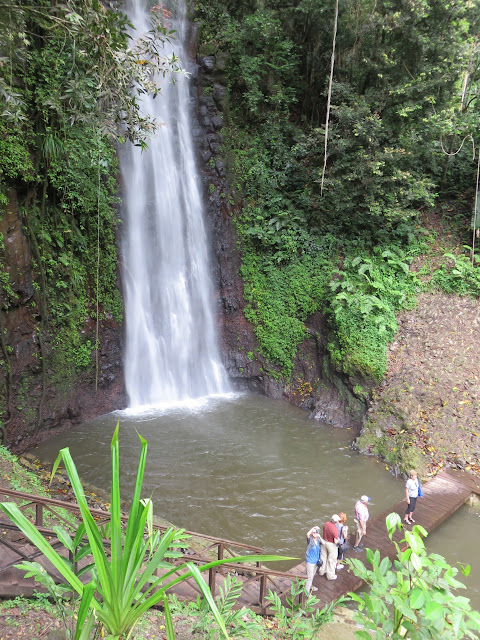 This is an old coffee plantation 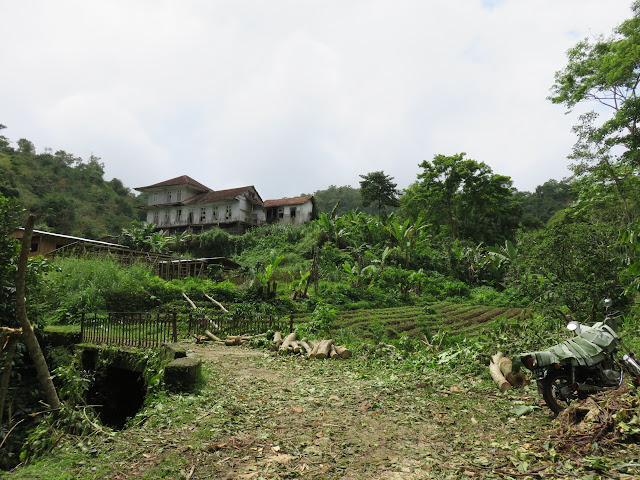 All in all though, by the time this day was over I was really starting reach the limits of my tolerance for seeing such abject poverty.