Three years ago I speculated that the true goal of the Republican party was to "pander to those who want to -- why mince words? -- get that f****** n***** out of the White House." I thought I was being at least a little hyperbolic (which is why I used asterisks) and that no one was actually depraved enough to say those words in public without irony.

[Wolfeboro, New Hampshire police commissioner Robert] Copeland complained loudly in a local restaurant that he’s sick of television, because every time he watches he sees “that fucking n***r,” better known as the president of the United States. When a patron wrote a letter of complaint to the town manager and to all three members of Wolfeboro’s police commission, including Copeland, she got a letter back from Copeland himself:

“While I believe the problems associated with minorities in this country are momentous, I am not phobic. My use of derogatory slang in reference to those among them undeserving of respect is no secret. It is the exercise of my 1st Amendment rights,” Copeland wrote. “I believe I did use the ‘N’ word in reference to the current occupant of the Whitehouse [sic]. For this I do not apologize – he meets and exceeds my criteria for such.”

I am not rendered speechless very easily, but that did it.

The FCC is (inadvertently) censoring my film

Between 2006 and 2010 I made a feature-length documentary about homeless people in Santa Monica, California.  It was entirely self-funded, and like many independent films, it never made any money.  It is, for the moment, available on iTunes, but it probably won't be for long.  It turns out that the FCC requires that any film ever shown on TV be closed captioned wherever it is shown, even when it is streamed over the internet.

Now, my little film has never been shown on TV, and most likely never will be.  But iTunes doesn't care.  It's too much bureaucratic and legal overhead to parse out which films have and have not been shown on TV, so some time in the very near future any movie that doesn't have closed captions will be pulled from iTunes.  And my film, along with thousands of other obscure titles whose production budgets have long since been exhausted, will be the collateral damage.

It's sad that a regulation meant to help those with disabilities will end up having the effect of censoring thousands of titles, but it's not surprising.  Closed-captioning is not a burden to large corporations with deep pockets, only to small independent filmmakers with tiny (by comparison) production budgets like me.  I have long mourned the slide of the United States into corporatism, but this is the first time I've been so directly affected by it.

Creationism in a nutshell 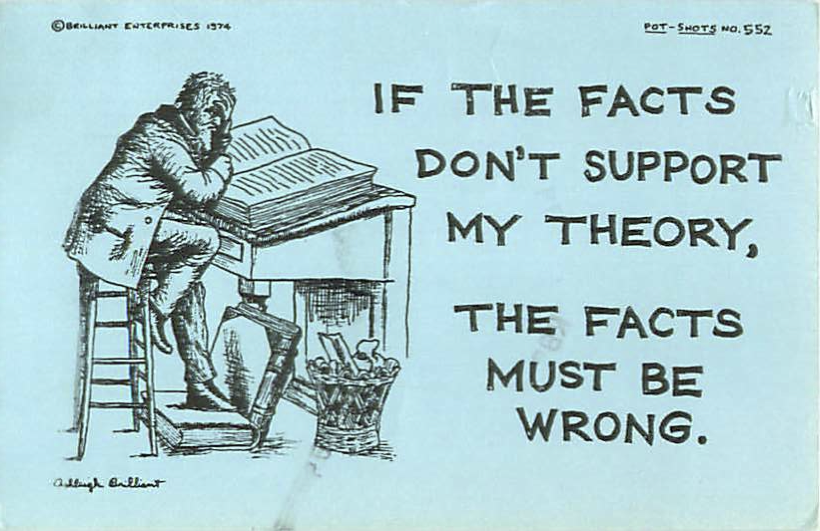