Luanda, Angola is the worlds' most expensive city to live in, due mainly to the effects of oil money pouring in.  We were there on a Sunday, so everything was closed.  Hotels and churches were open, but nothing else.  No restaurants.  No shops.  Nothing.  There weren't even street vendors hustling us by the dock.  That was a first.

It was a little eerie. 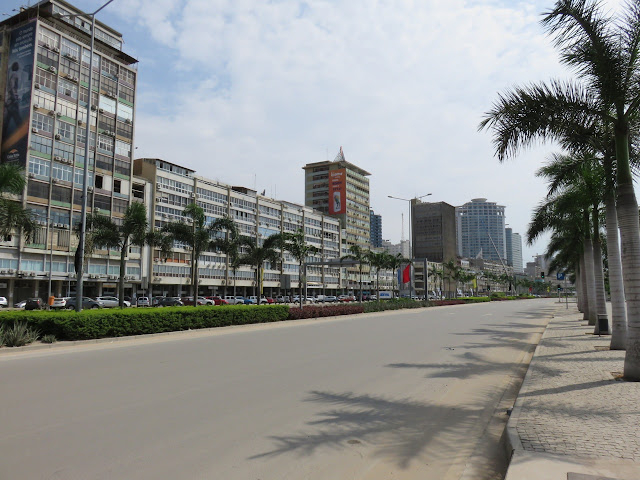 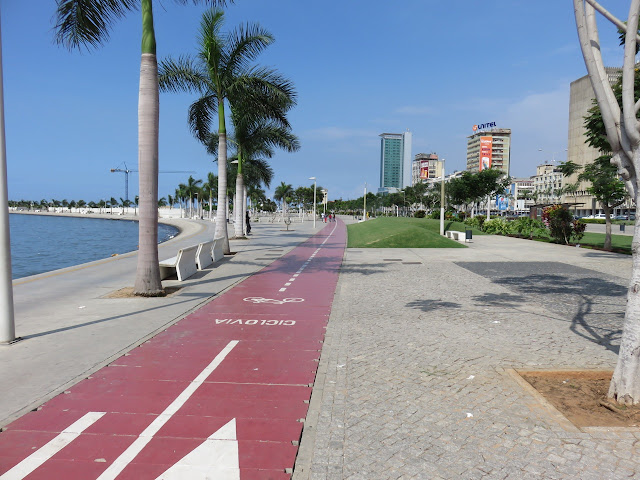 Despite the shiny modern facade, the smell of urine permeated the 95-degree air.  Did I mention that everything was closed?  So no public restrooms.

Oh, the military museum, built in to an old Portugese fort, was open. 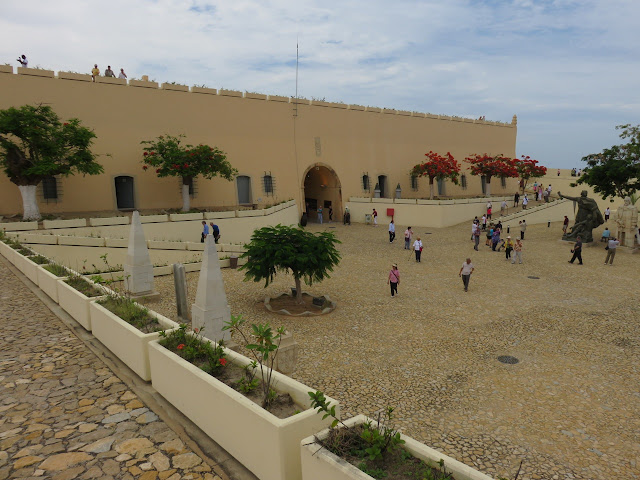 From there you could see the nice spiffy new city under construction on one side: 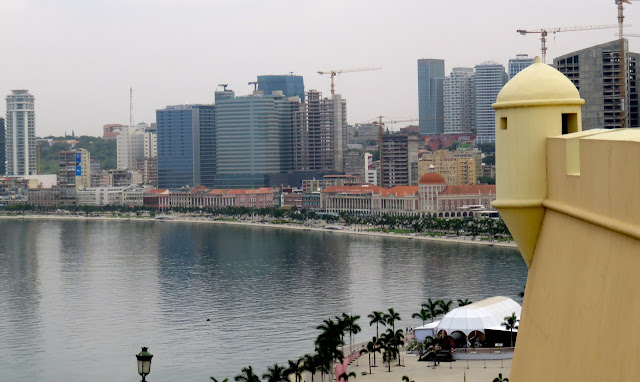 And this shanty town on the other: 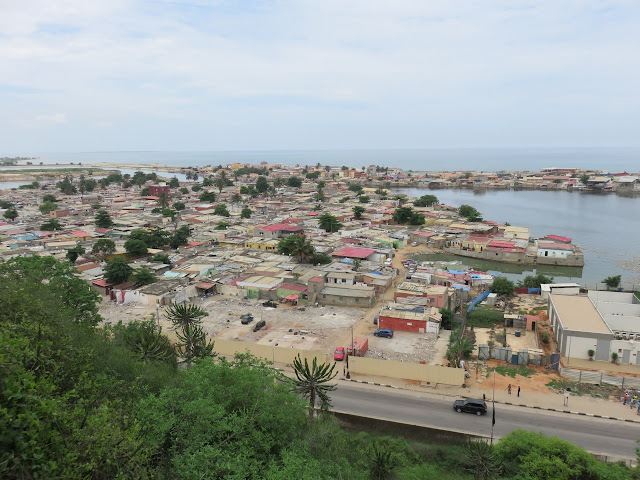 You can't really see it from this picture, and I wasn't able to get any better shots because I never got on the ground down there, but there's a high wall surrounding the slum so you can't see it from the road.  Inside there are mountains of garbage.

Then, next door, so that the slum is literally in its shadow at certain times of the day, is this multi-hundred-million-dollar memorial to Angola's first president: 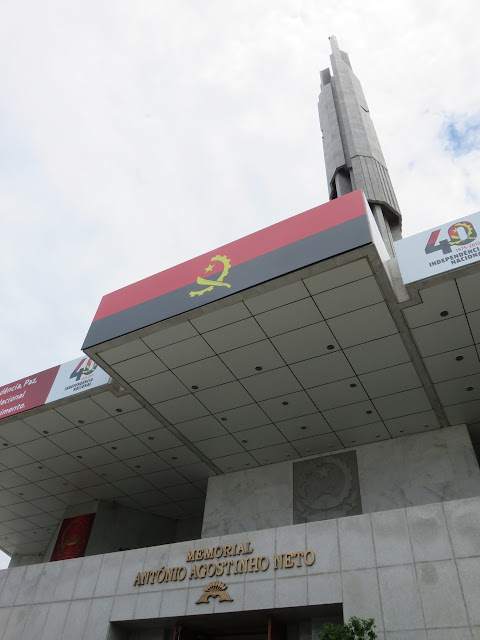 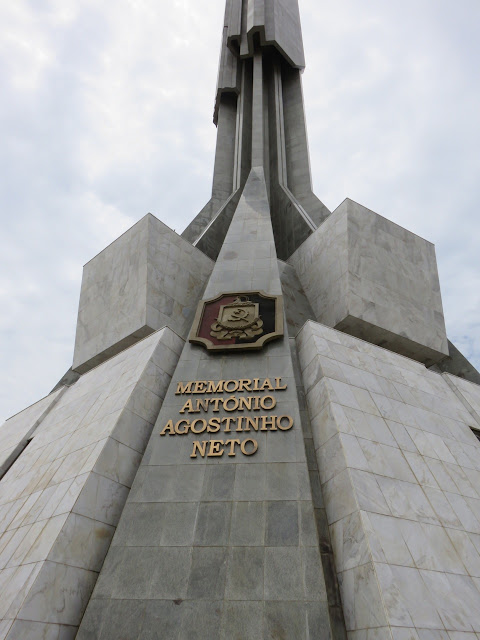 I don't think I've ever been offended by a building before, but this one did.  If you were going to design a building with the intent of giving the middle finger to a bunch of poor people you could hardly do better than this.  They have the money to build this monstrosity (and don't even get me started about the new Parliament building!  And the presidential palace!), but they can't clean up the trash next door.  Yes, all this is typical of African corruption, but the Angolans have taken the brazenness of it to a whole new level here.

As ever in Arica there were the usual WNIKAM (we're-not-in-Kansas-any-more) moments, like this guy slapping the water with his oar: 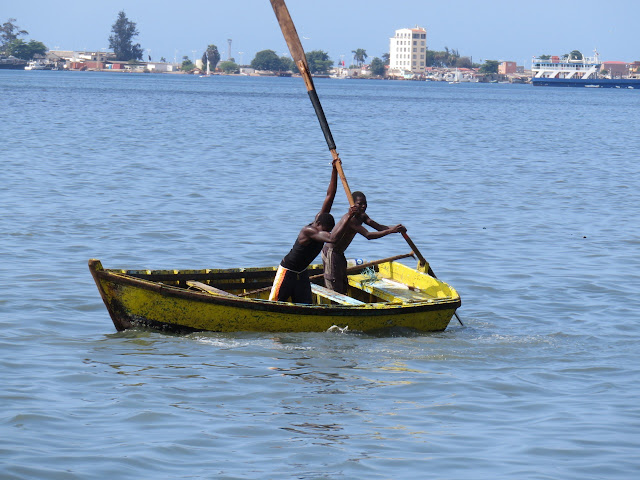 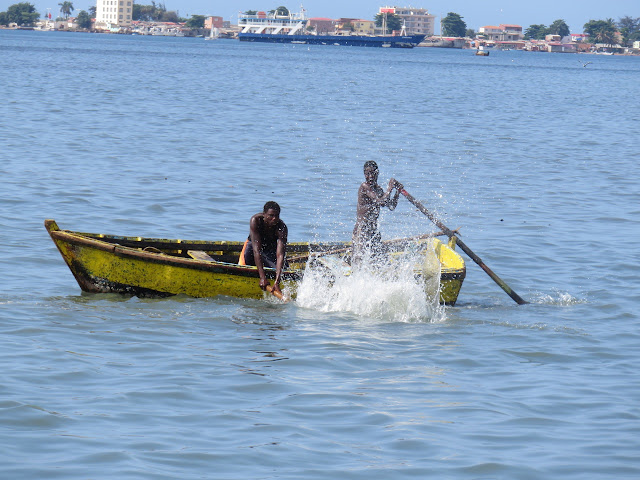 Never found out what that was all about.  Nancy suggested that maybe they were trying to stun some fish, but if that's the case it wasn't working very well.

There is apparently some stunning natural beauty in Angola, but unfortunately we didn't get to see any of it.