Cape Verde (pronounced Cape Verd -- the final E is silent) was our first port of call that was no longer part of Europe.  Madeira is part of Portugal, and the Canary Islands are part of Spain, but Cape Verde is today an independent country.  Like Madeira and the Canaries, it's an archipelago off the coast of Africa, so it's not quite "really" Africa yet, but we could definitely tell that we were not in Kansas any more.

Parts of Cape Verde are beautiful.  There are pristine beaches...

(That's our ship in the background.) 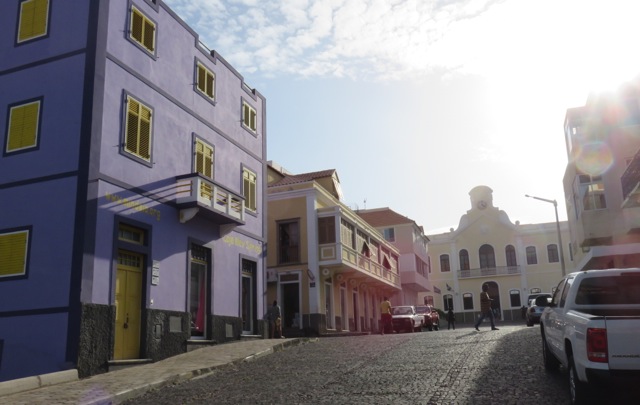 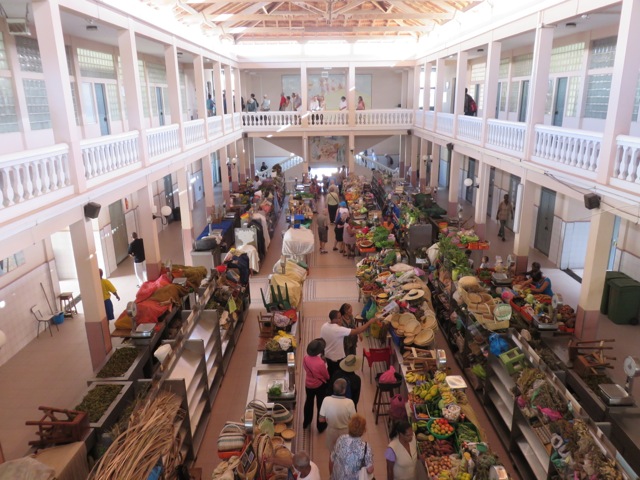 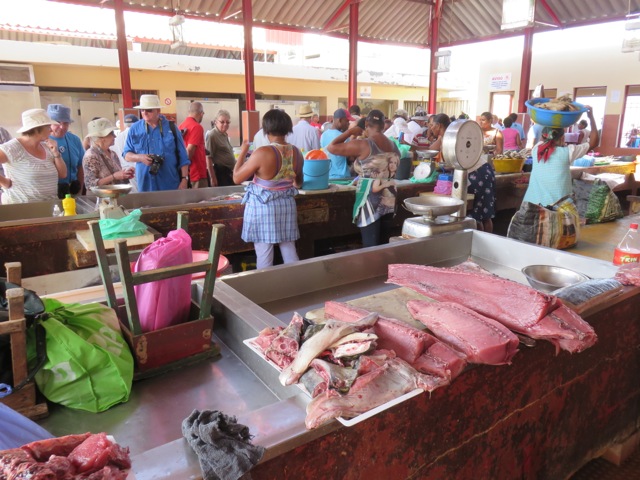 It's tricky to take good photographs because the locals (understandably) don't like to have their photos taken.  But they'll pose for you if you offer them a tip.  This woman's job was to sweep leaves off the gravel in the background. 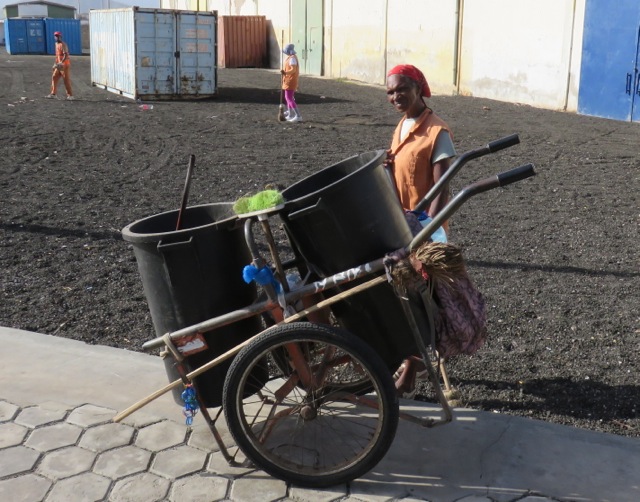 This one was selling food out of this little stand. 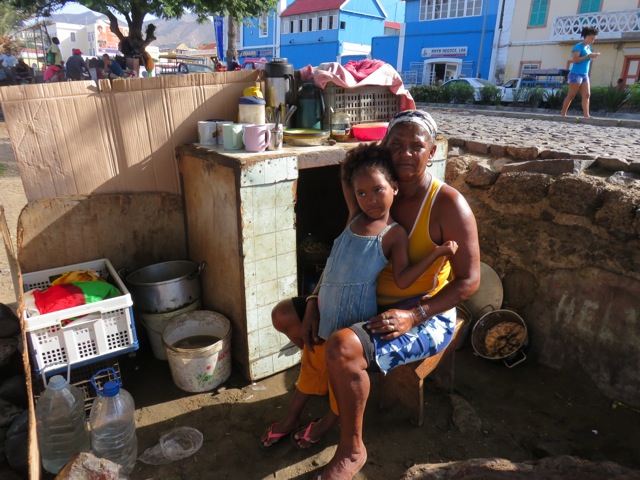 And this was our guide. 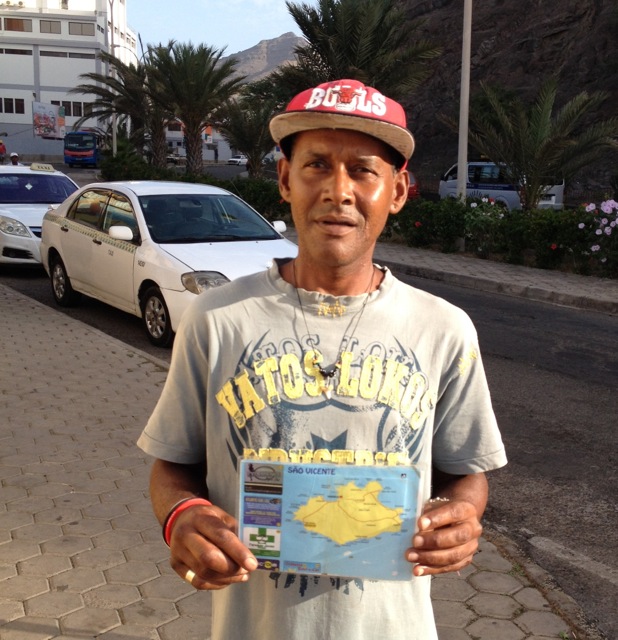 His name is Joe.  He's a native Cape Verdeian but he grew up in the United States so he spoke flawless English with a heavy Brooklyn accent.  If you ever find yourself in Cape Verde, I highly recommend him.  You'll find him by the dock along with all the other local guides hustling for business.

Joe showed us around for about five hours.  He did a terrific job, and he did it on spec.  We had no agreed-upon price, and at the end when we asked him how much we owed him for the day's work he said that what he would really like is if we could bring him some fresh fruit from the ship, and some English-language books.  He didn't care what the titles were.

This is not an uncommon experience.  Seven years ago when we were in East Africa, I went into town in Zanzibar.  To get into town you had to walk a gauntlet of high-pressure sales tactics from local merchants, so I had deliberately taken no money with me in the hopes that this would encourage the locals to leave me alone.  It mostly worked, but this one guy simply would not take no for an answer, and for two hours he walked around town with me, showing me the sights.  I was very glad he did, because we ended up going to some places where I would not have felt safe on my own.  At the end, after walking around with me for two hours in 90 degree heat and 90% humidity, he asked for the sweaty T-shirt I was wearing.  I gave it to him.  He was happy with it.

This, and many other similar experiences I've had traveling in third-world countries, are why I have zero tolerance for people who say that poor people are poor because they don't work hard enough or are unwilling to take risks.