Senegal was our first port of call in West Africa proper, i.e. on the continent rather than an island.  The country seemed to be not quite ready for prime time in terms of welcoming western tourists.

Dakar is a city of 1 million people (3 million if you count the suburbs), and like most large third world cities it is chaotic and dirty.  Most vehicles are diesels, and emissions controls are unheard of. 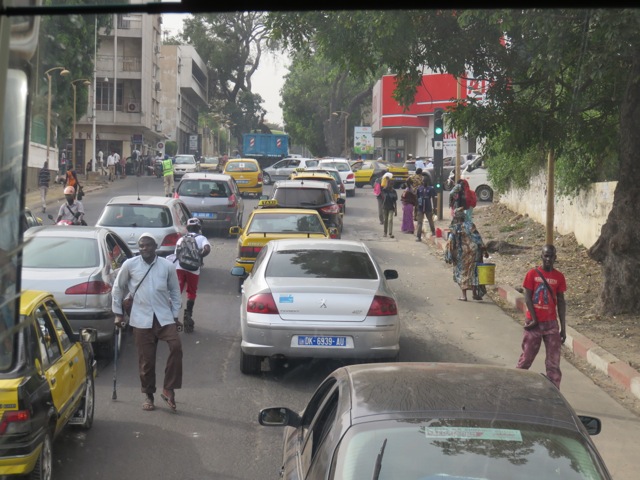 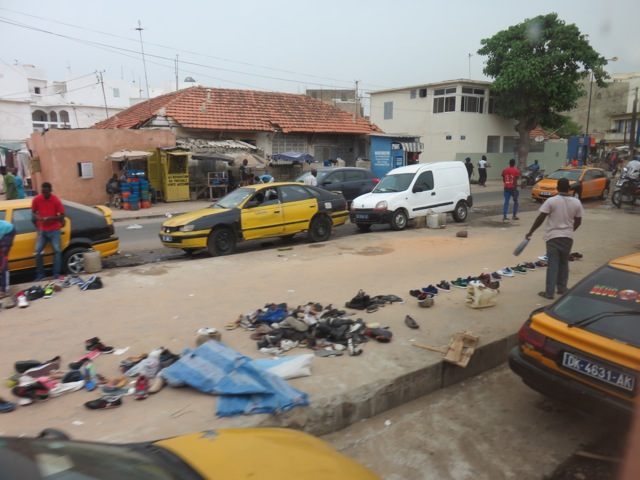 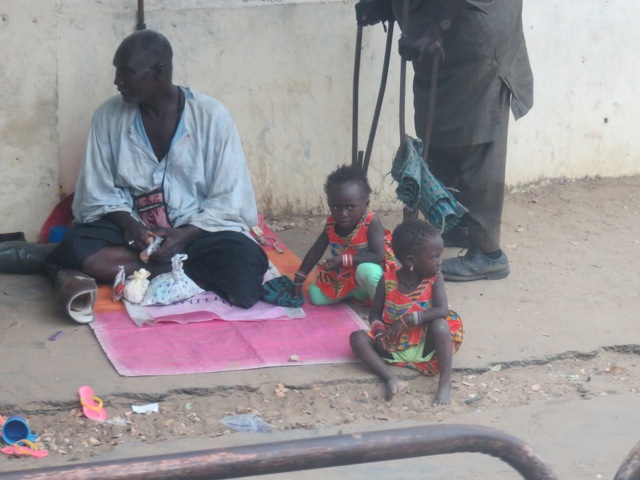 and, somewhat incongruously, these ads for Nutella: 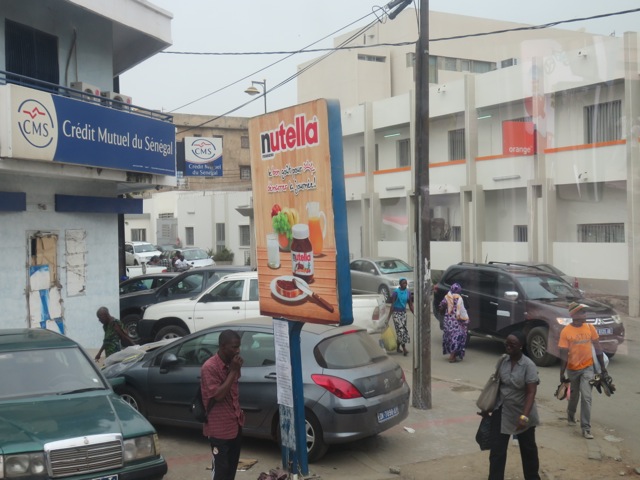 Notwithstanding the chaos and the poverty, the city seems to be vibrant and occasionally we got little glimpses of a unique culture.  For example, these cheerfully (if somewhat haphazardly) painted busses are ubiquitous: 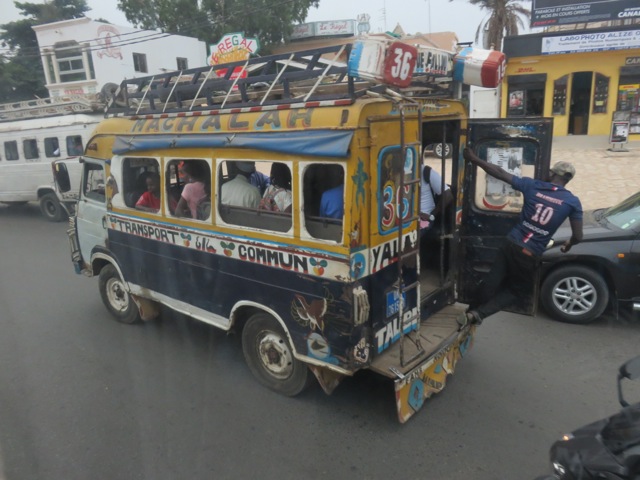 There is an indigenous art form called "sand painting" where the artist applies glue to a wooden board and "paints" with various colors of sand.  The results can be quite striking. 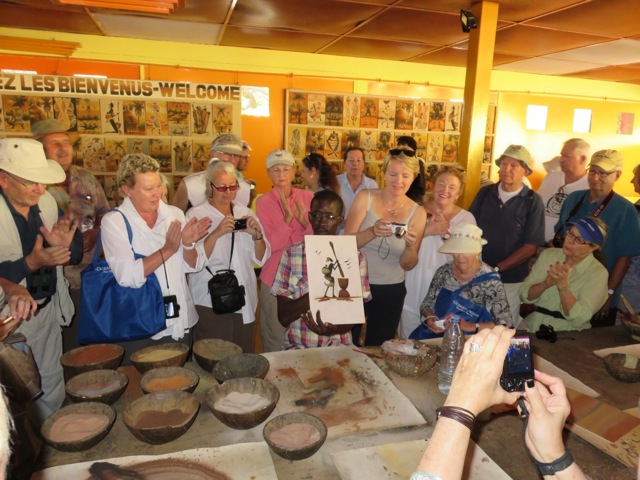 The painting you see the artist holding was done in about five minutes.  The ones on the wall in the background are much more elaborate.

But there are also signs of (ahem) ineffective government everywhere as well.  This is, as you will see if you keep reading this series, a recurring theme in Africa: corruption is a way of life.  For example, some of the worst slums sit in the shadow of this multi-million dollar sculpture: 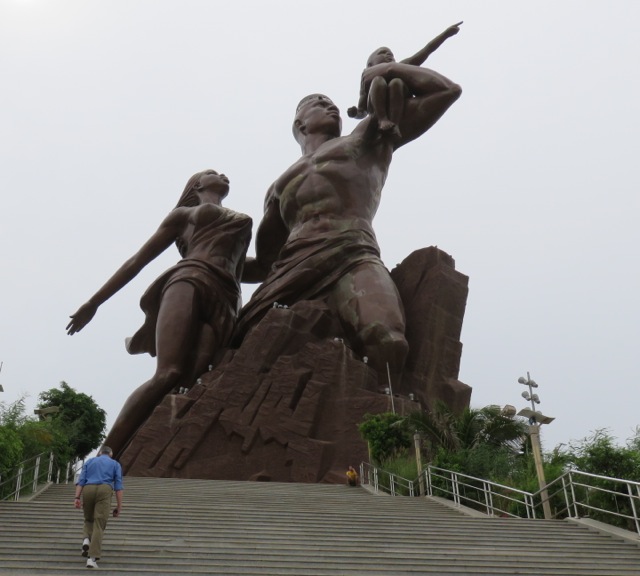 It is the tallest statue in Africa, and it was built by a North Korean company.

Our bus driver was particularly proud of the fact that the government had recently managed to import an enormous shipment of onions, which we could see as we came back to the port to rejoin our ship. 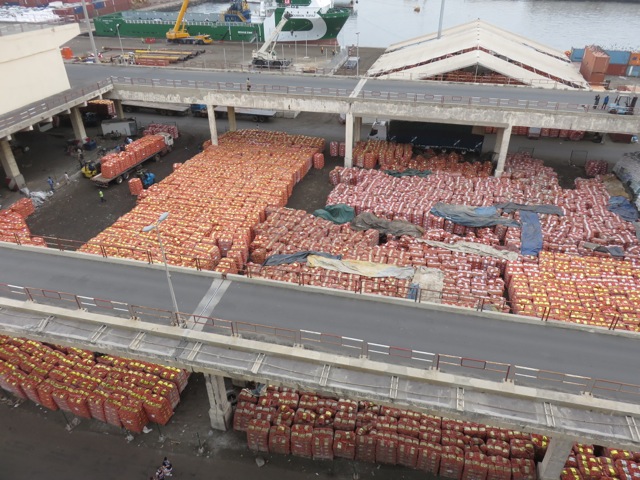 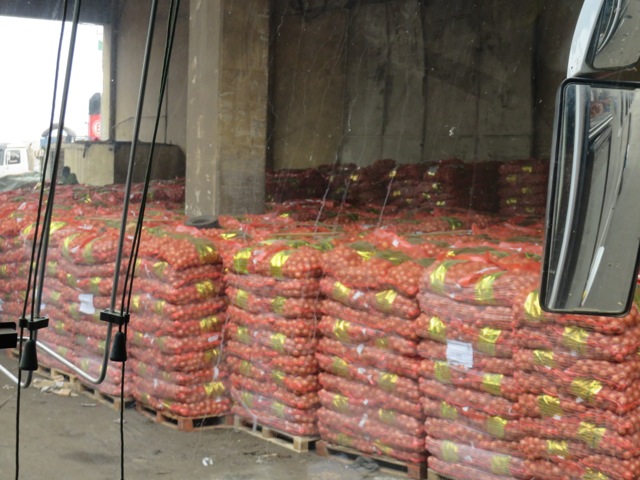 One final interesting bit o' trivia: Senegal does not have its own currency.  It uses the West African CFA Franc, which is a sort of African Euro, with eight countries sharing a single currency.  One U.S. dollar currently trades for about 600 CFA francs.  Wherever I go I try to collect some of the local currency, but when I asked people if they could exchange some dollars for CFAs they looked at me like I was crazy.  Why would anyone in their right mind want them?  I finally did manage to get a few tattered old bills for my collection, which seems like a fitting metaphor for the West African economy.

Administrative note: if you're reading this, I'd appreciate it if you could click on one of the "reaction" buttons below, even if it's just the "Read it" button.  My previous travelogues have been pretty popular, but these don't seem to be getting as much attention, and couple of people have actually unsubscribed to my blog since I started posting them.  There's no point in writing these if there's no audience.  Thanks.