Well, it wasn't really day 1 because it took us two days to get there, but I figured it would be easier to number things sequentially.  Our first port of call was Funchal, Madeira, which is off the coast of Morocco, but technically part of Portugal.  It's a quaint little European town clinging to the side of a series of cliffs, not unlike Amalfi or Cinque Terre in Italy, though not quite so dramatic. 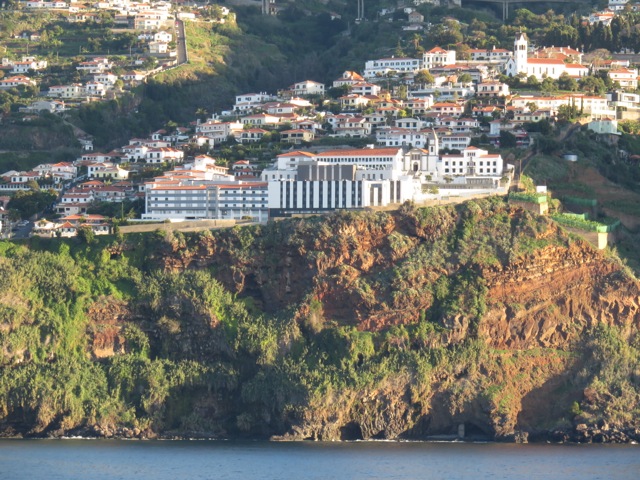 It's nice enough, but the most interesting bit is this place, which is near the port: 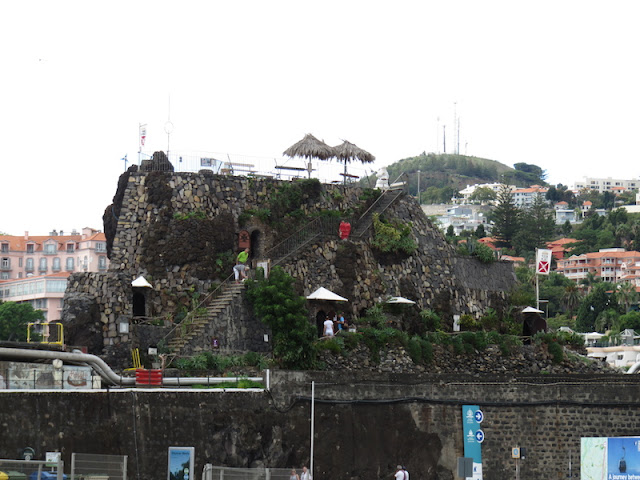 That rock is the self-styled Principality of Ponthina, ruled by the benevolent dictator Prince Dom Renato Barros (who, regrettably, I did not have the honor of meeting whilst I was there).  Here's what it looks like going in: 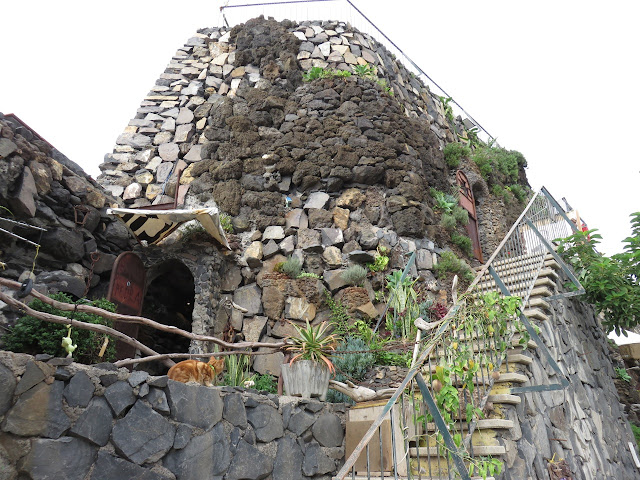 It's the world's smallest country, much smaller than Vatican City or even the Republic of Molossia.  There are no passport checks (good thing because I didn't have mine with me), but there is this cool statue of Santa Claus on top: 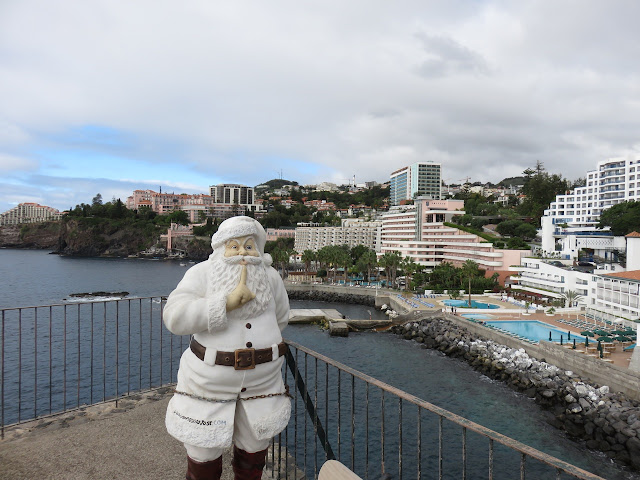 And a little tiki hut: 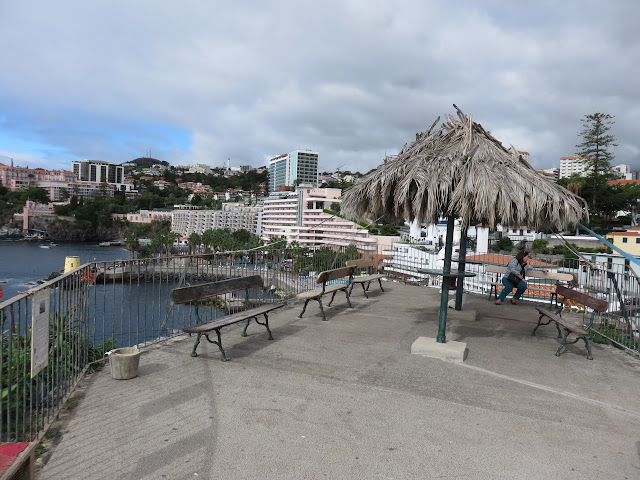 And some cats (gotta haz cats if you're gonna write about it on the Internet, right?) 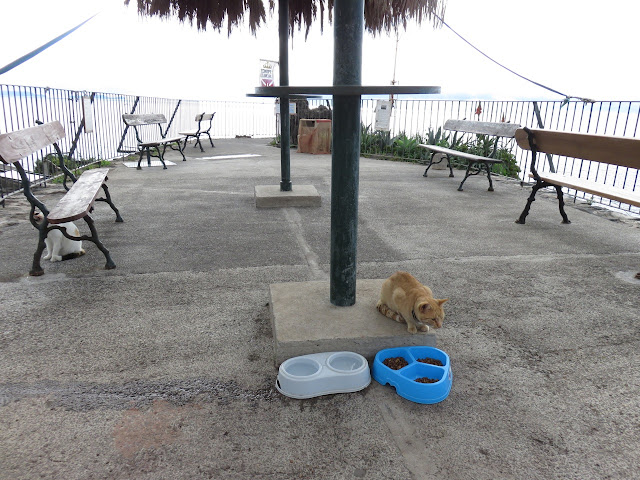 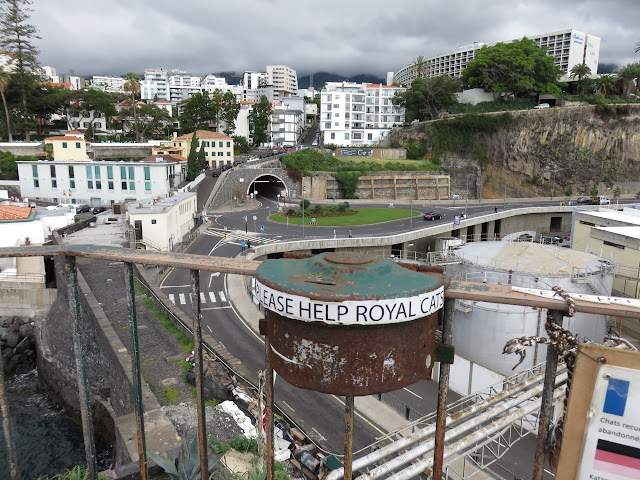 And that's about all there is to tell about Madeira.  Oh, and I think they make some wine there too ;-)