By this time we'd gotten pretty used to seeing armed soldiers at our ports of call, but Ivory Coast took it to a whole new level.  There were soldiers with dogs.  We were warned not to take their picture, so I had to sneak this shot through the bus window. 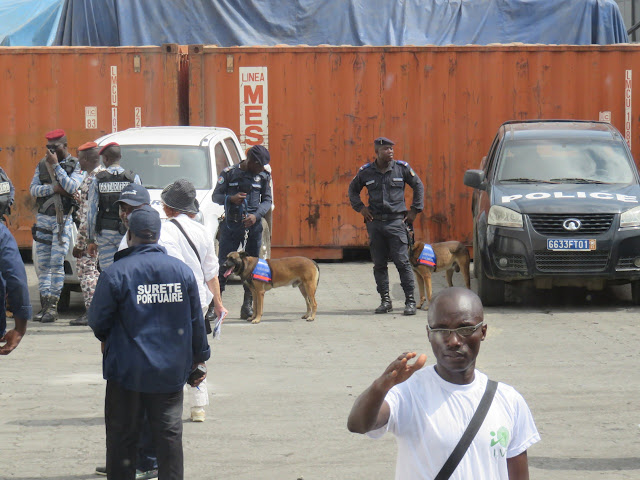 Abidjan, the port city where we had docked, is somewhat modern (though not terribly photogenic) but you still see a lot of foot traffic on major roads.

That cart full of palettes is being pulled by this guy: 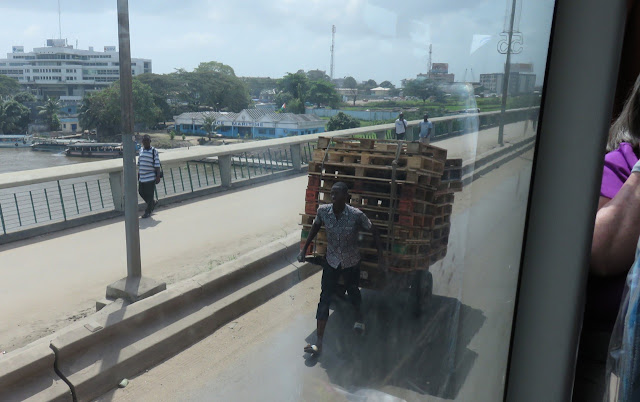 And once you get out of town, it's typical rural African chaos: 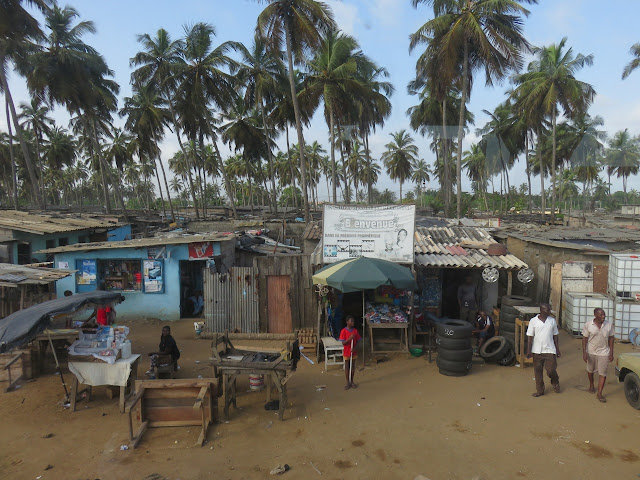 They took us to a cultural center and museum housed in an old French colonial build which had seen better days.  I'm not sure which was more reflective of the culture, the art work, or the soldiers. 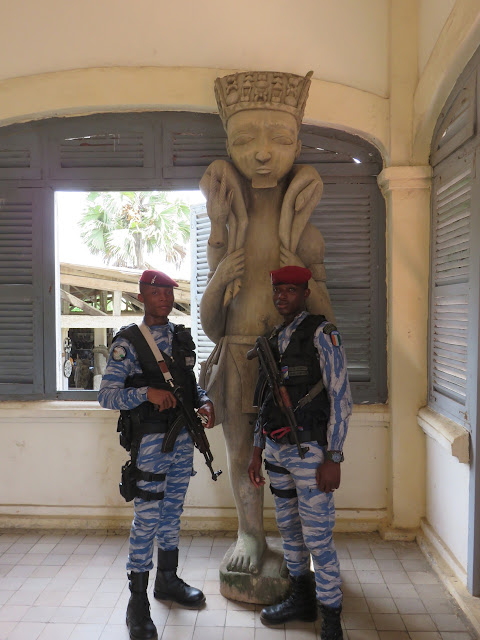 I thought this sculpture was interesting 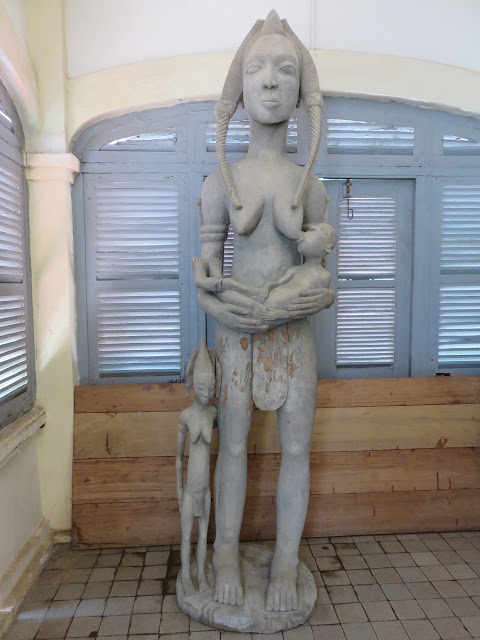 It's typically African in its very frank and unapologetic depiction of motherhood, but the part I found interesting was the side view: 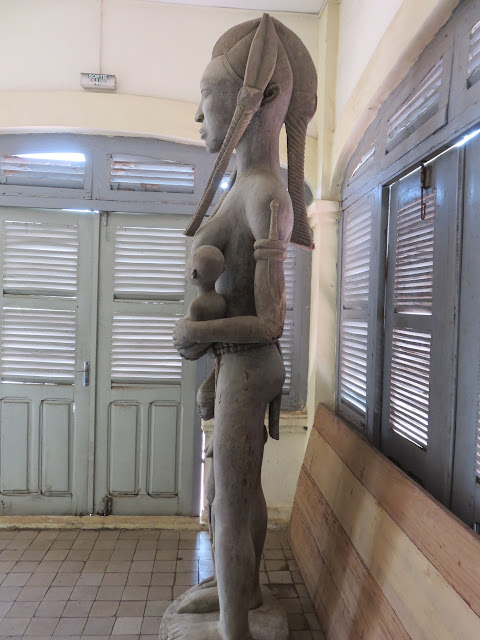 Notice the dagger strapped to her left arm.

Another interesting display were these photographs from colonial times: 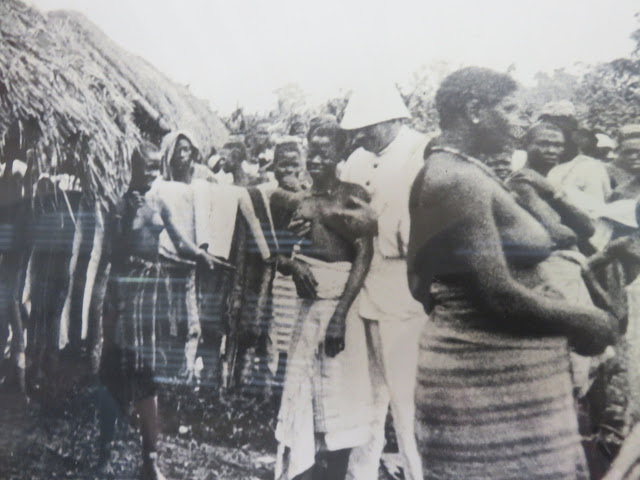 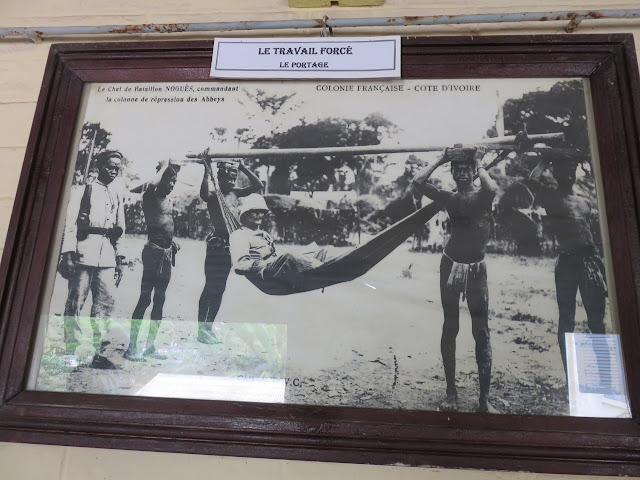 Clearly, things have been fucked up here for a very, very long time.