We spent the next few days slowly cruising south along the west coast of the antarctic peninsula, though never making landfall on the continent itself, only on the surrounding islands.  One of these, Deception Island, is an active volcano.  The caldera has a narrow opening just big enough to squeeze a ship through called Neptune's Bellows.  As we approached we hit a snow squall, and I grabbed this photo of one of the passengers out in it in shorts and slippers. 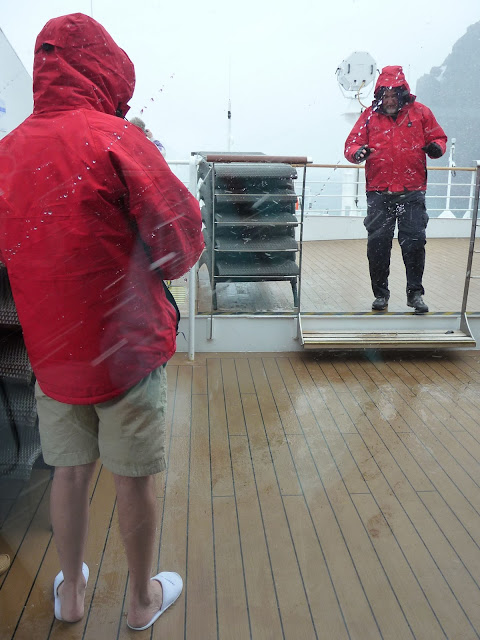 There are thermal springs that bubble up through the sand and send hot steam into the air, giving the place an otherworldly feel. 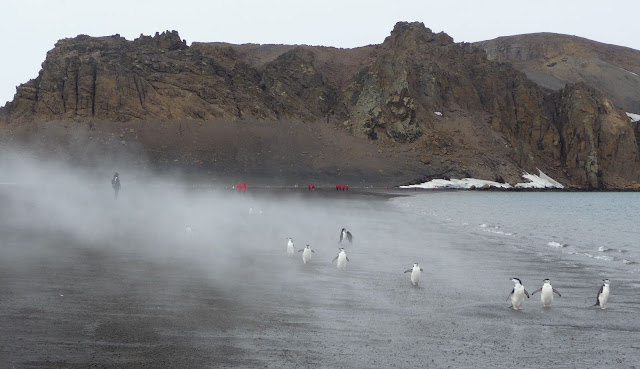 Some people actually went swimming here, in a masochistic tourist ritual called the antarctic plunge.  Unfortunately, I decided to give it a miss, so I don't have any good pictures of the crazy people in the water.

I particularly like this photo because it looks like I've run it through a sepia filter or something, but I haven't.  This is what the place really looked like:

The next few days were more of the same: lots of penguins, lots of ice. 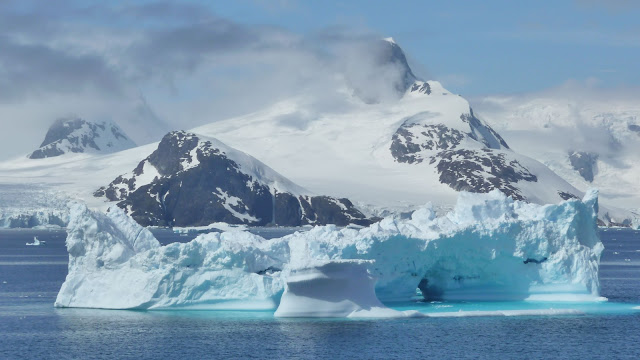 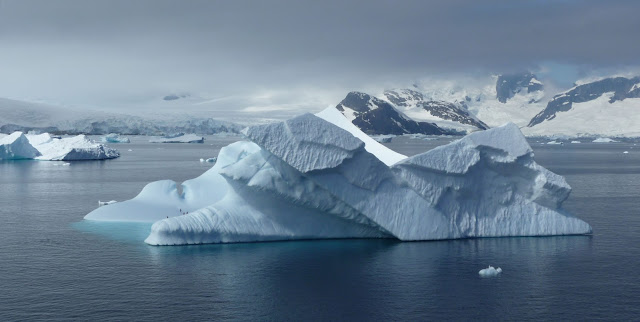 To give you some idea of the scale, look at the little black dots in the lower left hand corner of the iceberg in the photo above.  Those are penguins.  Here's a close up: 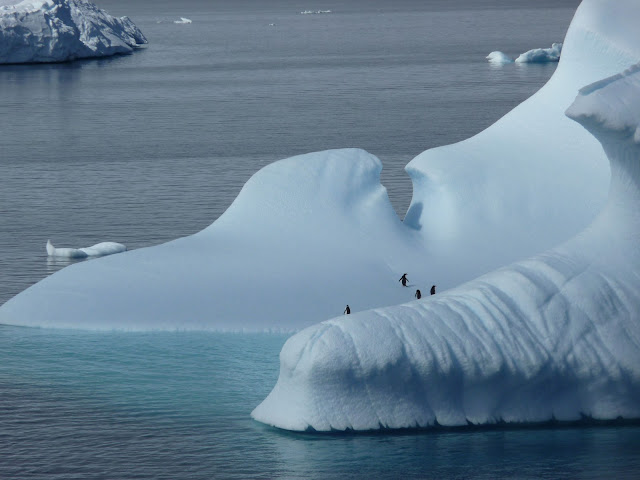