There and Back Again

You may have noticed that the Ramblings have been quiet for a while.  It has been six weeks since my last post, which I'm pretty sure is the longest hiatus I've had since I first started writing this blog over fifteen years ago.  There have been two reasons for this.  First, I've been on the road.  Nancy and I took a two-month-long trip starting in Singapore, cruising across the Indian ocean to Cape Town, then going on Safaris in South Africa, Rwanda, and the Maasai Mara in Kenya.  It was pretty epic.

There was a time when I would have "live blogged" the trip with regular travelogues while away, but in this day and age I have come to question the wisdom of overtly advertising the fact that we are away from home.  An acquaintance of mine had their house robbed shortly before we left and apparently it sucks pretty badly.  All the evidence indicates that the perpetrators were professionals who knew they were away.  So sorry about that, but that seems to be the world we live in now.  If there's enough interest I might go back and write some travel retrospectives.  If you'd be interested in reading those, click on the "Right On!" reaction button below, or better yet, leave a comment.

The second reason I haven't been writing is that I've been engaged in a fascinating exchange with a young-earth creationist over on Reddit.  I think we may have set a record for the longest ever discussion between and atheist and a YEC on Reddit, possibly in the history of humanity.  I'll be writing more about that later, but what spare time I had for thinking about non-travel-related things on the trip went into that discussion instead of blogging.  (It's actually very hard to write quality blog posts without a good internet connection to look things up on.)

We flew back from Nairobi via Dubai -- 24 hours flying and a 12-hour time zone change -- so I'm still a little jet-lagged.  But in the meantime here are a few photos I took on the trip. 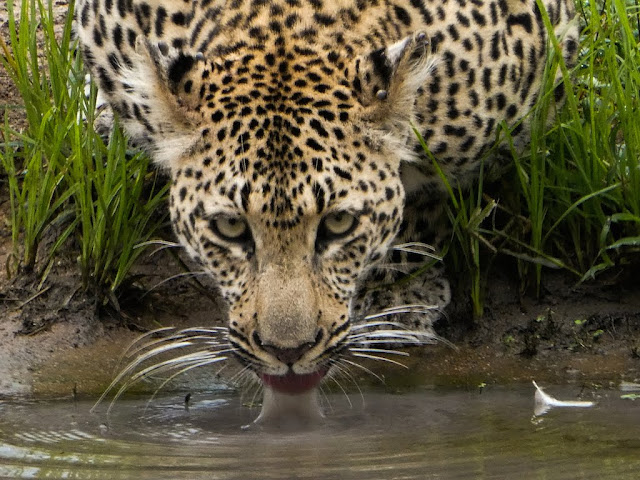 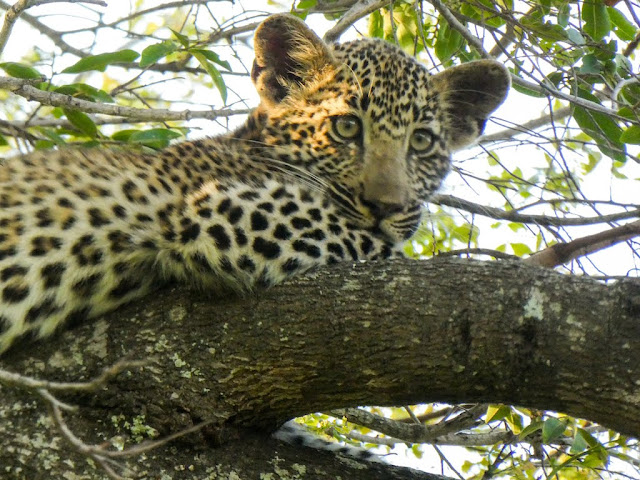 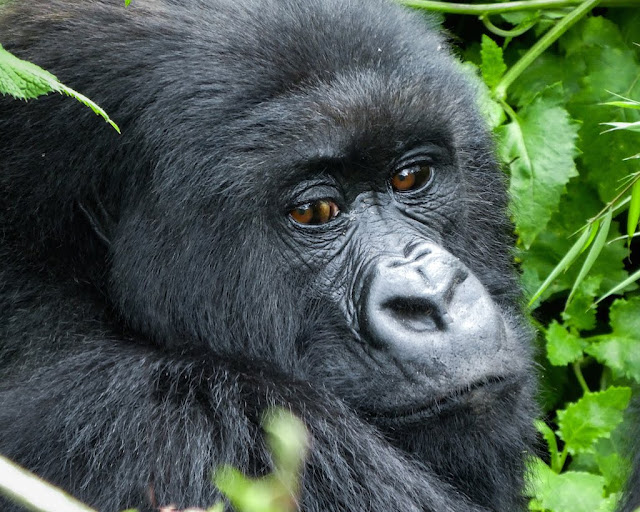 The leopard and her cub were at Sabi Sands in South Africa.  The gorilla was in Volcanos national park in Rwanda.  Rwanda turns out to be one of the best-kept secrets in Africa.  The extent to which that country has gotten its act together since the 1994 genocide is truly remarkable.  I would go back there in a heartbeat.

One of the highlights of the trip was the opportunity to get a much closer look than I ever had before at what African village life really looks like on the inside.  The lodge that we stayed at has developed a cooperative relationship with the nearby village.  The lodge uses some of its proceeds to help improve the lives of the villagers and in exchange guests at the lodge can come tour the village, meet the people who live there, and take photos without getting hit up for money or feeling like creepy voyeurs.  I'd heard stories of village life before, but this was my first chance to actually see it up close and personal. 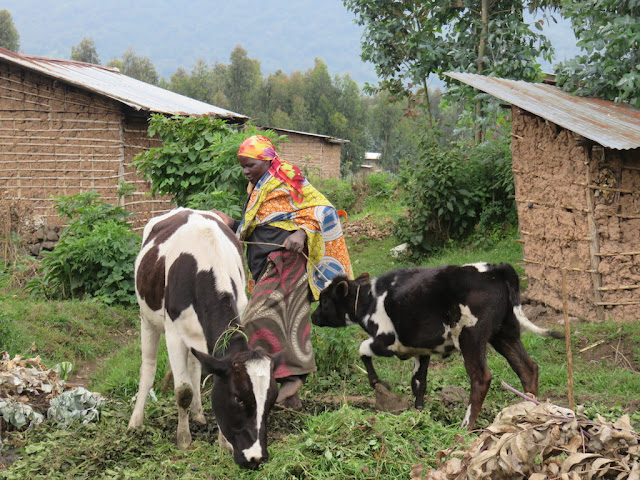 She is 50 years old.  She owns two cows, which makes her relatively wealthy by local standards.  Nonetheless, she has to walk 30 minutes each way to fetch water in a 20 liter jerrycan every day.

This is Maria's bedroom: 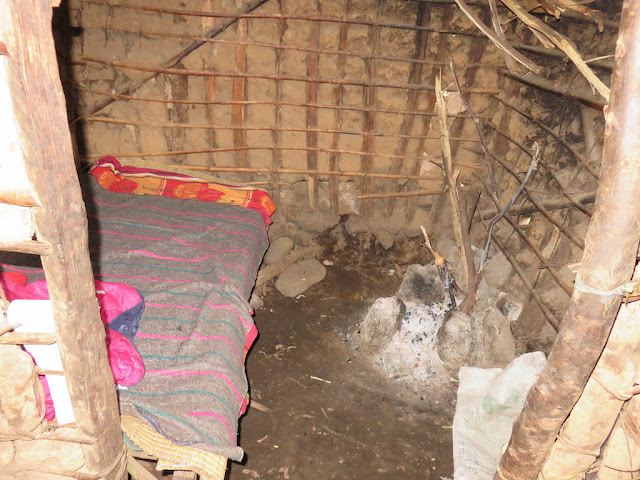 And this is a store that she opened in the village with the help of about $20 worth of capital from the lodge to buy her initial inventory: 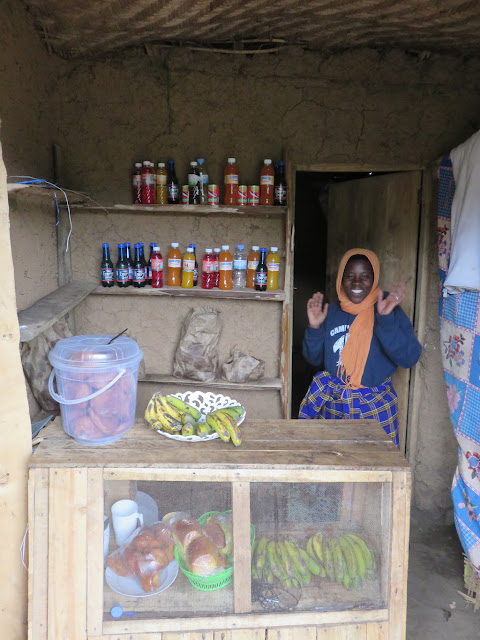 (That's not Maria minding the store, that is one of her employees.)

That's what a startup looks like in rural Rwanda.

If you care to write more about your travels, I will enjoy reading it.

From what I have read, that discussion is a model of civility on both sides. If only all Internet discussions were held to such a standard...

And thanks for the kind words.