Trump fiddles while the West burns

Meanwhile, looking at the TFR (temporary flight restriction) map, the Western U.S. looks like it has broken out in a case of the measles: 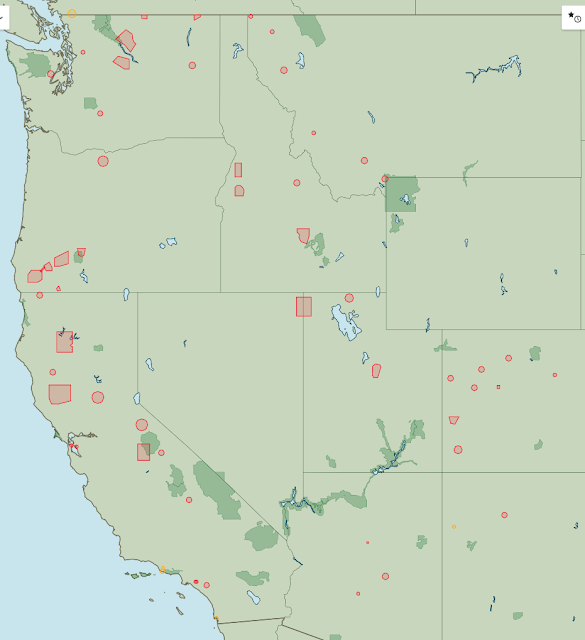 Almost every one of those red areas is a wild fire burning sufficiently out of control to require air support (there are a few exceptions where the TFR has been issued for other reasons).

Donald Trump, of course, blames all this on environmentalism run amok.  Because climate change is a hoax.  Fake news.  Nothing to see here.  It's all being obscured by the smoke.