Pondering the pedagogy of the projective plane

[Another geeky break from Trump bashing]

I had an "aha" moment about the project plane that I thought I would share.  For those who don't know, the projective plane is a mathematical construct that arises in algebraic geometry which has a lot of uses, but the one that drew my attention to it has to do with elliptic curves, which are used in cryptography.  An elliptic curve is a curve with an equation of the form y^2 = x^3 + [some other stuff that doesn't matter for this discussion].  The graph of this equation looks like this: 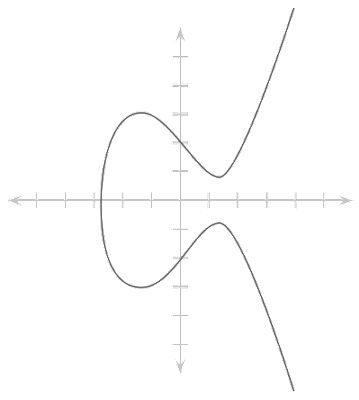 Elliptic curves have this interesting property that a line through any two points on the curve is guaranteed to intersect the curve at a third point.  This property allows you to define an operation called point addition which generates a group which lets you do cryptography.  None of this matters for this post.  I mention it only for context.

What this post is about is the claim that I just made, that a line through any two points on the curve will intersect the curve at a third point, because it looks like there is an obvious counter-example: two points that have the same X coordinate will produce a vertical line, which looks like it cannot possibly intersect the curve again.  In fact, we can easily prove that this is true, because we can take the square root of both sides of the elliptic curve equation and get y=sqrt(x^3 + [other stuff]).  So for a given value of X, Y will only have two solutions.

What you will find if you dig into the elliptic curve literature is that the third point of intersection is something called the "point at infinity", and that this point can be mathematically justified (i.e. it's not just a random hack thrown in to make things work out) using something called the projective plane.  But then if you try to find out what the projective plane is and how it works you end up in a horrible mathematical mess, none of which seems to have anything to do with elliptic curves, or how we can possibly justify the point at infinity.  In particular you will learn that the projective plane involves mapping every point of the plane onto a line, but very few explanations about why mapping points to lines is a good idea.

Here is what finally made it click for me:

There are two ways you can imagine looking at an infinite plane.  The first is to take a “God’s eye view” where you are looking straight down at the plane as though from an infinite distance through an infinitely powerful telescope.  Like this: 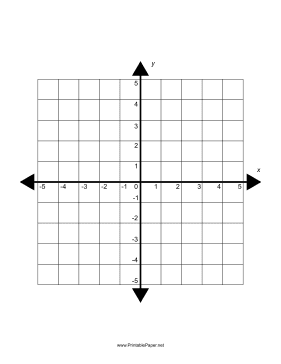 From this point of view, grid lines (lines parallel to the x and y axes) always appear to intersect at right angles. Parallel lines always appear to be separated by the same distance.  And you can’t see the line at infinity because, even though your telescope is infinitely powerful, it only has a finite field of view.  You can look at any point by positioning yourself over that point, but you can’t go out an infinite distance.

The second way to look at an infinite plane is the “mortal’s-eye view”, where you are standing on the plane at some particular point looking at it from some finite distance (your own height), like so:

The only point you can look straight down on is the point you are standing on.  To see other locations you have to tilt your head, so you are looking at all other points from some oblique angle.  Like this: 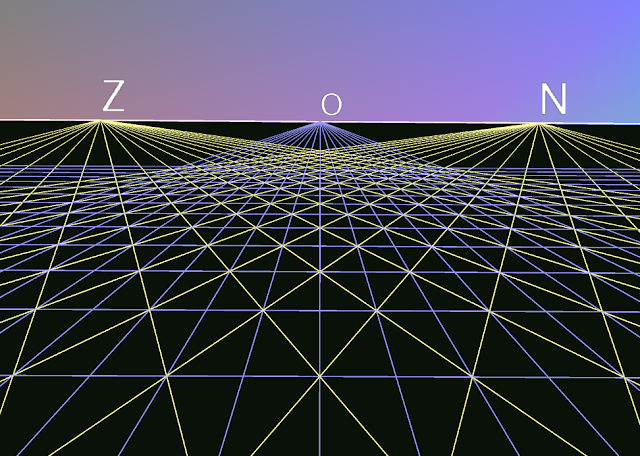 From this point of view, grid lines generally do not appear to intersect at right angles.  The distance between parallel lines does not appear constant, and indeed parallel lines will appear to meet at the horizon.  The point on the horizon where parallel lines meet is determined entirely by the slope of the lines, completely independent of the distance between them.  And, most importantly, you can see the horizon, which looks like a circle surrounding you.  But this "circle" is infinitely far away.  A circle with infinite radius has zero curvature, so this “circle” is in fact a line: the line at infinity.

The reason that the projective plane is constructed by mapping points in 2-space to lines in 3-space is that from the mortal’s-eye view you can’t actually tell how far away a point is (we’re assuming no stereoscopic vision here).  All you can tell is the azimuth and elevation relative to your vantage point.  So all of the points along a given line of sight form an equivalence class from the mortal’s-eye view.

The reason vertical lines and elliptic curves meet is because as X increases, the slope of the curve also increases, approaching infinity as X approaches infinity.  (As a little elementary calculus will reveal, the slope of the curve is proportional to the square root of X.)  So "at infinity" the curve is vertical, and so intersects the horizon (the "line at infinity") at O, which is the same point where all vertical lines intersect the line at infinity.  So the point O is "the point at infinity" for any elliptic curve.

The projective plane is cool because it unifies a lot of things that would otherwise have to be treated as special cases.  For example, on the projective plane there is no distinction between circles, parabolas, and hyperbolas.  All conic sections are the same.