This is totally unacceptable 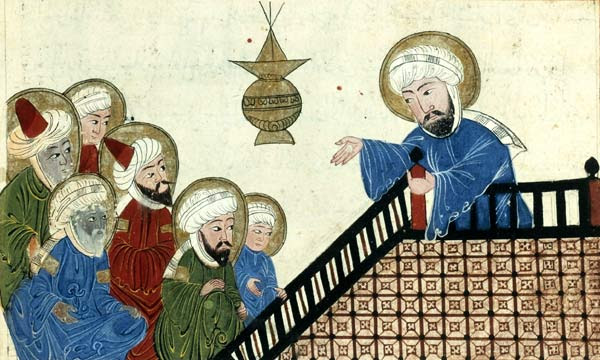 
"An article about the Prophet Muhammad in the English-language Wikipedia has become the subject of an online protest in the last few weeks because of its representations of Muhammad, taken from medieval manuscripts.

In addition to numerous e-mail messages sent to Wikipedia.org, an online petition cites a prohibition in Islam on images of people.

The petition has more than 80,000 “signatures,” though many who submitted them to ThePetitionSite.com, remained anonymous.

“We have been noticing a lot more similar sounding, similar looking e-mails beginning mid-January,” said Jay Walsh, a spokesman for the Wikimedia Foundation in San Francisco, which administers the various online encyclopedias in more than 250 languages.

A Frequently Asked Questions page explains the site’s polite but firm refusal to remove the images: “Since Wikipedia is an encyclopedia with the goal of representing all topics from a neutral point of view, Wikipedia is not censored for the benefit of any particular group.”

The notes left on the petition site come from all over the world. “It’s totally unacceptable to print the Prophet’s picture,” Saadia Bukhari from Pakistan wrote in a message. “It shows insensitivity towards Muslim feelings and should be removed immediately.”"


I applaud Wikipedia for taking a firm stand on this. In solidarity with them I am posting one of the images in question hosted on my own server. It is totally unacceptable to ask for this image to be removed. It shows insensitivity towards the feelings of tolerant and freedom-loving people throughout the world (to say nothing of bad theology in light of the fact that the image in question was painted by a Muslim!) The demand that this image be removed should be withdrawn immediately.

Nitpicking I'm sure, but are you really sure that's it's "bad theology" just because it was painted by a Muslim? Do you know enough about Muslim theology to say fairly conclusively that anything painted by a Muslim (and what kind of Muslim?) is allowed?

Certainly, even looking at it from either side of the fence (and you can pick from a multitude of fences here!--many crossing each other), there are a lot of Christians out there who have immortally damned their souls with their so- called "Christian" actions, according to other Christians.