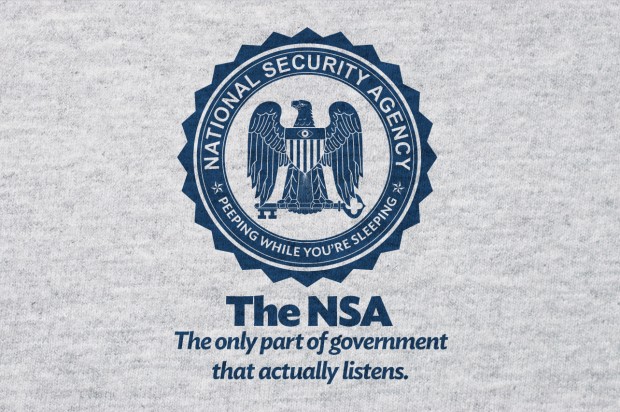 But the NSA says I can't have one.  Apparently, the folks at the NSA haven't read the First Amendment either.  (It's quite clear they never read the Fourth.)

The NSA issued this statement:


The NSA seal is protected by Public Law 86-36, which states that it is not permitted for “…any person to use the initials ‘NSA,’ the words ‘National Security Agency’ and the NSA seal without first acquiring written permission from the Director of NSA.”

That this T-shirt was not approved, endorsed, or authorized by the NSA could not possibly be any clearer, so the NSA's efforts to censor this T-shirt constitute bald-faced intimidation in an effort to muzzle political dissent.  A clearer violation of the First Amendment is hard to imagine.