Yeah, I know, I'm a little late.  The reason I'm late, and the reason I haven't been blogging in the last three weeks is that I've been on a boat in Antarctica.  There was an internet connection, but it was unbelievably slow, like 2400 baud kind of slow.  Just loading the Blogger editing page took about ten minutes, when it was working at all.  Once we got below about 60 degrees south we couldn't see the satellite, and then we were completely cut off from the rest of the world for about five days.

I'm still a little jet lagged so I'm not going to try to catch up right now, but for the time being here's a picture of a Gentoo penguin who posed for me.  We saw gobs of Gentoos, and we were told that they were doing relatively well compared to other penguin species under climate change because of their more diverse diet.  But Wikipedia says their numbers are declining along with pretty much all the rest of the wildlife down there, so I have no idea what the real story is.  All I know is that they are damn cute. 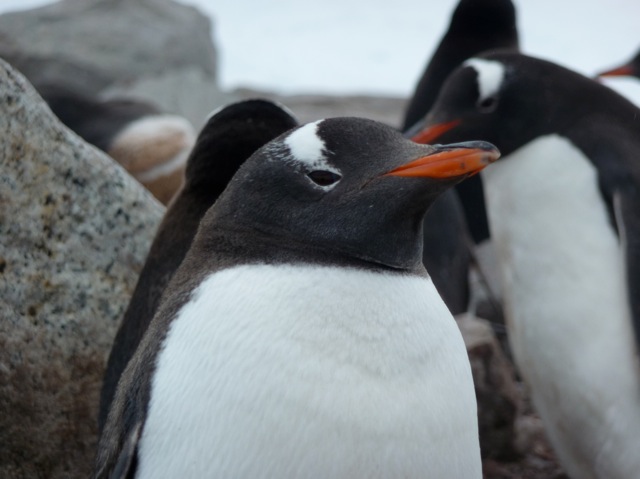